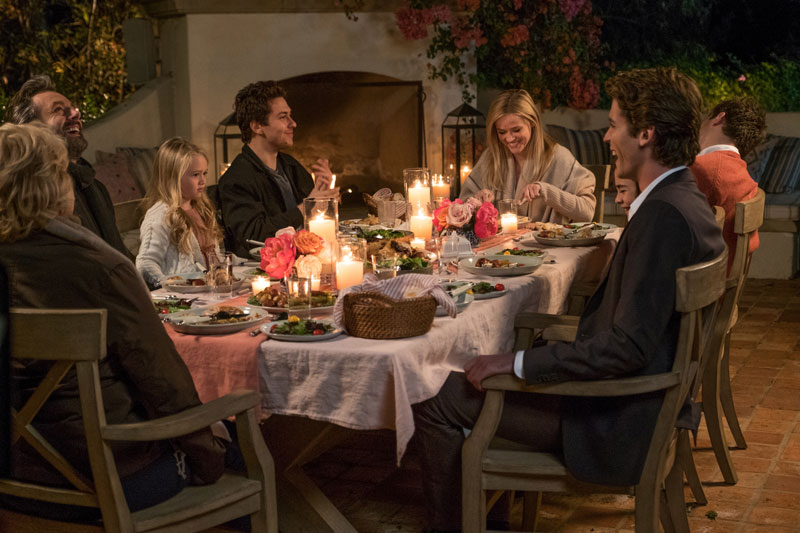 This past summer’s The Big Sick briefly resuscitated the romantic comedy in a surprisingly subversive way, but the ailing genre is back on life support in the instantly forgettable Home Again. A less-than-perky Reese Witherspoon is Alice, a recently separated fortysomething mother of two who’s moved back to Los Angeles to escape a stale marriage and to start anew. In a twist on the story of Goldilocks and the three bears, she allows a trio of young men struggling to break into the movie business to live in the guest house of her late filmmaker father’s sprawling Brentwood home. Things get a little MILFy when Alice succumbs to the charms of the most handsome of these boys, Harry, an aspiring young director with a boy-band smile and zero body fat (Alexander, who plays a 27-year-old character but looks like he just graduated from high school). The ensuing fling between Alice and Harry isn’t really a romance (not a good thing for a romantic comedy) and the film’s tone is often more solemn than lighthearted (likewise, not so good), leaving a spunkless Witherspoon struggling to make it work without much success. To be fair, not even Meg Ryan’s nose-scrunch, Kate Hudson’s sass, or Julia Roberts’ million-dollar smile could jolt this muddled rom-com to life.

Given her pedigree, screenwriter-director Hallie Meyers-Shyer should know this terrain by heart. Her mother, Nancy Meyers (Something’s Gotta Give, It’s Complicated) and her father, Charles Shyer (Baby Boom), are old pros at this sort of thing. Meyers-Shyer clearly shares their affinity for affluent white people’s romantic quandaries and kitchens out of Architectural Digest, but she’s yet to develop the skill to fluidly tell a story, no matter how contrived it might be. On several occasions, Home Again resorts to the hackneyed device of the film montage to advance the plot, rather than use action and dialogue to do so. There’s the everybody’s-drinking-way-too-much-but-having-a-great-time-getting-to-know-each-other montage early on, quickly followed by the everybody’s-now-dancing-badly-because-they’re-too-drunk-and-getting-horny montage. There are kissy-kissy-pillow-talk montages in bed and small-talk-and-glasses-of-wine montages at backyard dinner parties. Enough, already! It’s like watching a pharmaceutical commercial showing you how wonderful things will be once you convince your doctor to write that cure-all prescription for you. For a movie that sentimentalizes the idea of getting your act together and starting over (with a little help from an attentive millennial who can probably go all night), Home Again hardly inspires. In fact, it’s a little depressing. Maybe that prescription isn’t such a bad idea after all. 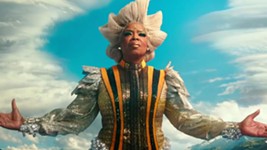 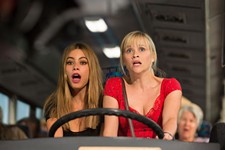