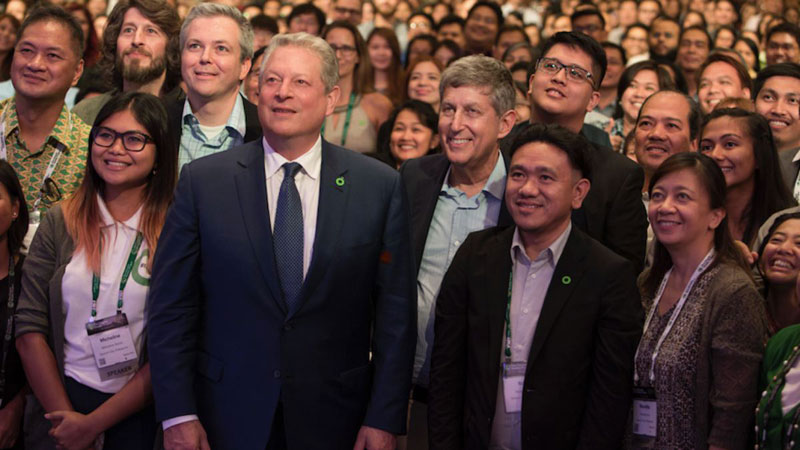 An Inconvenient Sequel: Truth to Power

When it comes to man-made climate change, rationalism is in short supply these days, no more so than in Donald Trump’s America. Despite mountains of evidence to the contrary – fish flopping around Miami’s waterlogged streets and Hurricane Sandy, not to mention last week’s 100-plus-degree heat waves in the Seattle and Portland areas – climate change deniers appear to have the upper hand at the moment. Al Gore is indefatigable, though, a male Cassandra for our dire times. In this sequel to the Oscar-winning 2006 documentary, a noticeably aged but thoroughly unbowed Gore continues his career trajectory as potential savior of the planet, although by this time he’s trained some 10,000 regular people (or wingnut activists, depending on your party affiliation) to accomplish what he alone cannot. Every moment of this film is relevant to, literally, everyone, but it’s clear that climate change fatigue is setting in, at least here in the U.S. Directors Cohen and Shenk, taking the reins from Davis Guggenheim, follow Gore to the Paris climate talks, rapidly melting Greenland, and right up to November 2016, when the former VP wryly comments that things have been plenty tough already, but “now we have another problem.”

Never noted for his off-the-cuff humor, Gore’s sense of urgency regarding the politics and the real-time realities of man-made climate change is even more strident yet semi-hopeful than in the first film. Solar and wind-generated power have been proven to be cost effective, resulting in an uptick in sustainable power and jobs, yet as Gore speaks the truth to the powerful – corporate greed and environmental immorality rightfully get their duplicitous due – it’s apparent that too many Americans are playing ostrich with the future of mankind while the rest of the world bands together to help stave off what feels almost inevitable at this point. Gore’s case for immediate CO2 reductions across the board remains intractable as the Arctic melts, the oceans acidify, global wildfires rage, and a new president brazenly guts the EPA, cuts funding for science and education, and calls man-made climate change a hoax by the Chinese. An Inconvenient Sequel does indeed speak truth to power, but the elephant in the room remains: The very powerful rarely pay attention to the utter truth. 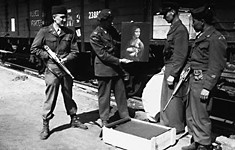 The Rape of Europa
During WWII, works of art were moved, hidden, and plundered on a vast and often institutional scale, and this film documents the shaky process of reclamation.