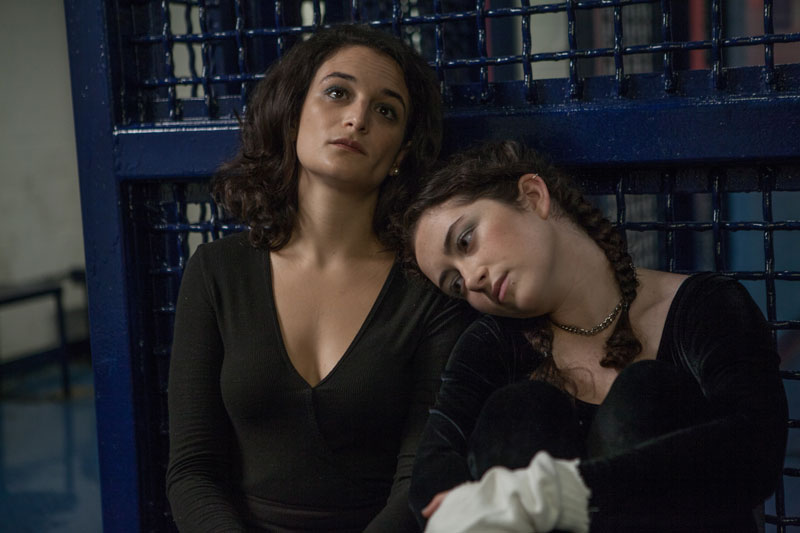 Jenny Slate’s nervous laugh in the sweet Nineties nostalgia dramedy Landline is a giggle that lasts a couple of seconds too long. It’s the giddy sound of a person who gets tickled when she doesn’t know what else to do. In her second film with director Gillian Robespierre (the first was the underrated Obvious Child), Slate plays twentysomething Dana, a vaguely bored and slightly scatterbrained Gen-X Manhattanite working a nondescript job and living with her new fiancé and boyfriend Ben (Duplass) of many years, feeling a little stuck already in her young life. (The character is an indie flick staple in the age of Miramax and Parker Posey.) After falling into a reckless affair with a cocky guy from her college days (Wittrock, all teeth and bad-boy charm), an anguished Dana temporarily moves back in with her unhappily married middle-age parents and younger sister, Ali (Quinn, who uncannily resembles Slate), to hide out from her other half, who knows nothing about her transgressions, and to recalibrate her life in the sagging bosom of her fractured family. Soon, the two siblings are conspiring to keep a family secret (in addition to Dana’s cheating) when Ali shows Dana some erotic poetry she discovered on a floppy disk, racy verses written by their father to a woman who’s not their mother. Determined to find out whether their menschy dad is indeed a philanderer, the sisters hit the streets of New York City to solve the mystery, and the movie becomes a bit of an adventure playing out in the greatest city in the world.

Landline is a time capsule of the last decade of the 20th century: Mad About You, slam poetry, California Raisins, Blockbuster, cassette tapes, Hillary Clinton fashions, and Stacey Q’s “Two of Hearts,” as well as the ubiquitous landline telephones that appear throughout the film. It’s enough to make you wish for a Snapple. The way-back milieu doesn’t really contribute anything meaningful to this melancholy comedy, but it creates a sentimental mood. Elisabeth Holm and Robespierre’s screenplay is both quirky and grounded, gleaning pearls of wisdom about the toxicity of secrets in the face of truth without getting preachy. Of course, the laugh-happy Slate is wonderful (as expected), navigating the humor and the drama of the story like a pro, just as she did in her previous outing with Robespierre behind the camera. There’s seldom a dull moment when this funny and bright woman is onscreen. In a nod to another Nineties memory, there’s something about Jenny.

See "Jenny Slate Returns to the Big Screen With Landline," August 4, for our interview with Gillian Robespierre, Jenny Slate, and Abby Quinn. 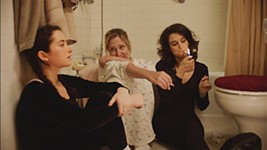 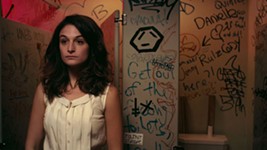 Obvious Child
Jenny Slate stars as a standup comic in this indie film about abortion that comes snuggled in the broad strokes of a quirky comedy.