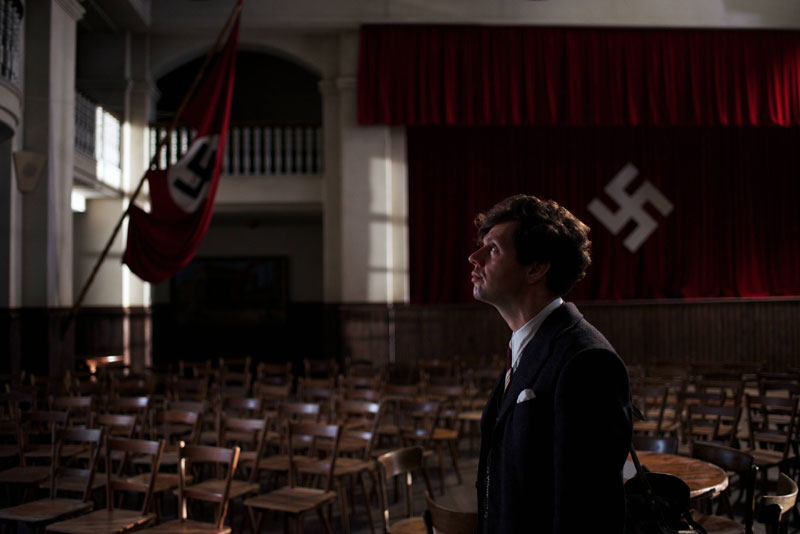 If you were wondering what all-British Dunkirk was about thanks to the dismal Texas educational system, you’ll be equally, if not exactly pleasantly surprised by 13 Minutes, another side note to the World War II era that even I hadn’t heard about. It’s the story of Georg Elser (Friedel), an apolitical German carpenter who, on Nov. 8, 1939, single-handedly attempted to assassinate Adolf Hitler by blowing up the hall in which der Führer would soon be giving a speech. The plot obviously failed, and Elser was immediately caught trying to cross over into Switzerland. Unwisely, his pockets were still laden with bomb parts and the schematics of the ruined building. Eight people were killed in the blast, but Hitler survived to die another day at the hands of the Inglourious Basterds and, more to the point, director Hirschbiegel’s 2004 film Downfall, from whence a million Hitler memes were born.

The latter is the better of Hirschbiegel’s Nazi-related output to date; you simply cannot top Bruno Ganz’s performance as the Charles Chaplin-Hater-in-Chief. Still, 13 Minutes – the title refers to the mistiming of the explosion, Hitler having already exited the building – is an engrossing if not altogether thrilling examination of this often overlooked historical event.

Even here, Elser is something of an enigma. Once in the hands of the SS, they absolutely, positively will not allow themselves to believe that the diminutive man in their custody planned and carried out the assassination attempt all by himself. One man very nearly took out the feared leader all by his lonesome? Preposterous, his interrogators-cum-torturers cry. That such a thing could actually happen baffles them and insults their Aryan pride. One of those involved in prodding Elser for relevant details is Nazi Arthur Nebe (Klaußner), who was himself executed for taking part in yet another plot to kill Hitler in 1944.

Elser’s pastoral life prior to World War II is seen in flashbacks throughout 13 Minutes. As played by Friedel, he’s something of a scoundrel, a wry half-smile tugging up the corner of his mouth every time he spies a pretty young thing, or a pretty married woman. A Catholic pacifist (when he’s not working on clocks or playing his accordion), he came to discern the outsized malignancy inherent to Hitler seemingly before anyone else and promptly set about to put a stop to it. He failed and was sent to Dachau where he was executed mere days before the Allies liberated the concentration camp. 13 Minutes, which was released in Germany two years ago, is an earnest examination of personal conscience and the frequent necessity of the individual to monkey wrench the state. Or at least to try. 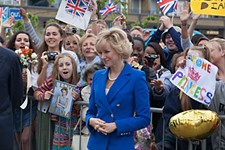 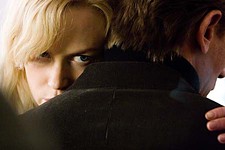 The Invasion
This fourth film telling of Invasion of the Body Snatchers appears to be made by pod people themselves.