Ostensibly, this is a documentary profile of Elsa Dorfman, a photographer known for her large-format Polaroid portraits. But because this is an Errol Morris film, The B-Side is about many other things as well, not least of them Morris himself, who is also a portraitist with a camera, except he works with motion pictures instead of still images like Dorfman. Throughout his career, Morris has probed what makes people tick, whether they be patrons of pet cemeteries (Gates of Heaven), cosmological thinkers like Stephen Hawking (A Brief History of Time), an inventor of execution devices (Mr. Death: The Rise and Fall of Fred A. Leuchter, Jr.), the controversial former Secretary of Defense Robert McNamara (The Fog of War: Eleven Lessons From the Life of Robert S. McNamara, which received an Academy Award), the even more controversial Secretary of Defense Donald Rumsfeld (The Unknown Known), the torturers of Abu Ghraib (Standard Operating Procedure), and a former beauty queen turned lurid kidnapper (Tabloid), among others. Morris’ interest in Dorfman often seems like self-exploration, a means of finding answers to questions about such things as the nature and meaning of image creation rather than a singular interest in Dorfman’s life and career. Instead of coming across as solipsistic, Morris’ personal stake in this film deepens our interest in it.

Elsa Dorfman, a photographer since the Sixties, is an engaging figure, talking with Morris in her thick Boston accent from within her office and darkroom, all the while pulling out photos from her flat files to illustrate her points. Many photos are of Allen Ginsberg, who was a lifelong friend she first became acquainted with while working at Grove Press in New York, as well as writers she came to know while working at the Grolier Poetry Book Shop in Boston, along with regional musicians such as Jonathan Richman (who has two songs featured in the movie). Although the film doesn’t dwell on individual photographs, these images of cultural luminaries will be of interest to students of the period. Dorfman describes how she fell into her photography career, and how she developed as a commercial portraitist, both as a resourceful tactic to meet the expenses of the large-format equipment and materials and as a practical avenue for someone who didn’t have the ambition of becoming a gallery artist. Dorfman’s story is also one of female nonconformity. As she comments on the path she took: “I was just one lucky little Jewish girl – who escaped by the skin of her teeth.”

Morris’ film also functions as an elegy for Polaroid and the large-format imagery that has now ceased to exist as a result of the company’s demise. The cameras and the film stock are no longer produced, forcing Dorfman and other artists into reluctant retirements. Yet for all this documentary’s intriguing intellectual tentacles, it still seems to lack a central thesis or governing principle. The B-Side is not one of Errol Morris’ finely focused film essays; instead, you may feel a desire to “shake it like a Polaroid picture” in an effort to encourage its development. 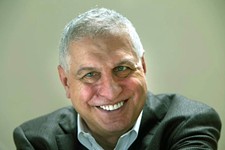 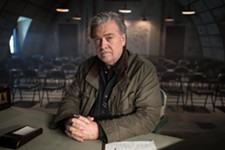 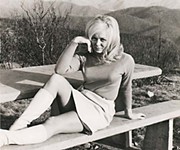