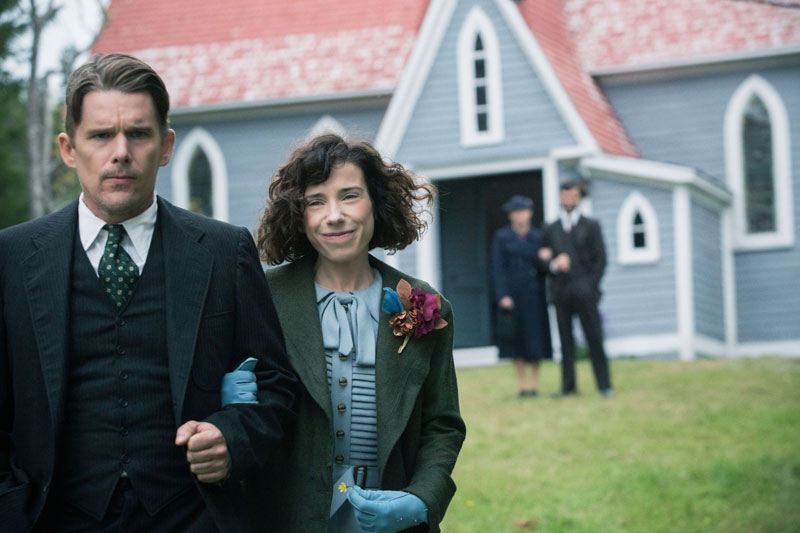 The biography of the self-taught Canadian artist Maud Lewis is a commendatory, and, indeed, inspirational tale: at once a lesson in overcoming adversity, the indomitability of the artistic impulse, and the capacity to find inspiration, satisfaction, and joy in one’s surroundings. It’s a shame, then, that the biopic Maudie overlays these grand themes with a poofy, and historically simplified, love story.

Born in Nova Scotia at the turn of the 20th century, Maud Dowley Lewis painted scenes from her environment, mostly landscapes in all seasons that were populated by the birds, oxen, horses, and cats she saw around her. She painted on her walls, oven, food tins, windows, and any other flat, two-dimensional surface she could find. In her lifetime, her work never sold for more than a few dollars. But her primitive style, distinctive vision, and limited color palette, have rendered her one of the progenitors of the Naïve Art movement, even though she never sought out other artists or professional acclaim. Born with a crippling form of juvenile rheumatoid arthritis, Lewis also struggled to hold a paintbrush in her gnarled hands, an affliction that grew worse with age. Mocked by children and shunned by the community for being an unwed mother of a baby she didn’t keep, Lewis was an involuntary loner, and her family circumstances were also difficult. It was thus that she answered an ad tacked up in the local supply store to be a housemaid for a gruff, illiterate fishmonger named Everett Lewis, who lived in a one-room shack on the edge of town.

Everett Lewis was an uncouth and miserly misogynist who hit Maud and considered her value to be beneath that of a dog. The two lived in poverty without heat or electricity, although Everett soon saw the income potential of Maud’s art. Eventually, they married, and the film strives to make a love story from Maud’s adaptability and Everett’s good inner heart. Many happy scenes of Everett pushing Maud in a wheelbarrow through the fields and snow dominate the film, as do Maud’s tactical cajoling and Everett’s surly acquiescence. I don’t doubt that some kind of harmony was achieved in the relationship between these two outcasts, but the depiction of their marriage in this screenplay by Sherry White differs markedly from the harsh realities presented in the well-researched biography Maud Lewis: The Heart on Every Door by Lance Woolaver. The book also presents a vastly different take on the story of the child born by Maud Lewis, as well as Everett’s money-grubbing tendencies.

However much this film strays from documented facts about Maud Lewis’ life, it still does a laudable job of presenting much of her life’s austere flavor. At the heart of Maudie is a superlative performance by Sally Hawkins (Woody Allen’s Blue Jasmine and Mike Leigh’s Happy-Go-Lucky) that is mischievous and inventive, even if the character seems a bit too chirpily elfin at times. Ethan Hawke is incapable of delivering a bad performance, although playing this taciturn bully sometimes seems more like an acting exercise in depicting a character that’s far removed from the more voluble and articulate men he usually plays. The scenery captured by Guy Godfree’s cinematography is always captivating, and his ability to frame so much of the story inside a dark, one-room house without the images becoming repetitive or claustrophobic is truly remarkable. There’s much to appreciate in Maudie, especially if you’re a fan of odd-pair love stories, but don’t expect to learn much about what drives folk artists to create or what makes a woman pelted by life’s lemons squeeze them into lemonade. For that, we may have to rely on Beyoncé. 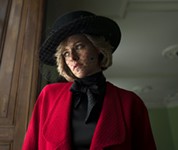