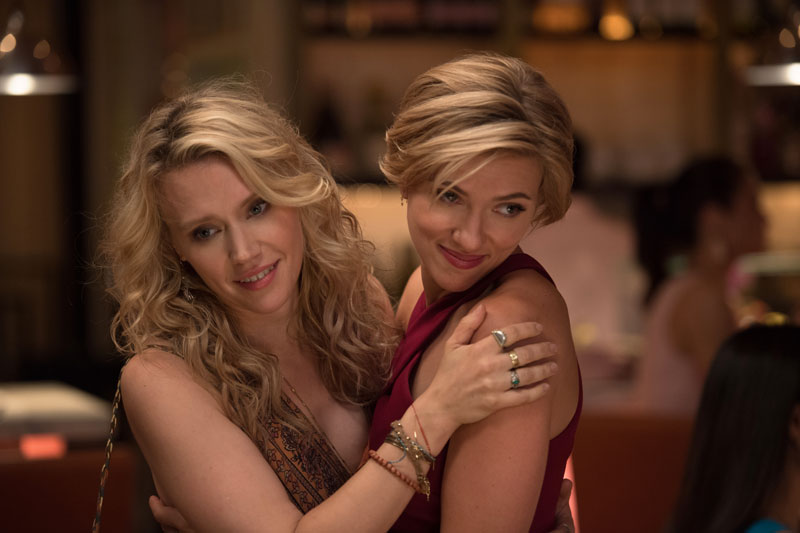 Let’s settle something right now: Women can be as vulgar, as nasty, as coarse, as disgusting, as raunchy, as gross, and yes – as funny – as men in any hard-R-rated comedy showing at the local multiplex these days. Quite often, they’re funnier (and more shocking) than their gender counterparts simply because they can upend old-fashioned notions of femininity in a spectacular way. Unfortunately, this contest between the sexes more often than not usually proves one thing: No matter whether the cast is male, female, or somewhere in between, the absence of a well-constructed story, particularly when the humor goes south (literally), will doom any movie to quick obscurity, no matter how many dick or pussy jokes get told.

The bachelorette-party-gone-wrong comedy Rough Night is a good example. Taking its cues from Bridesmaids, The Hangover, and Very Bad Things, it features a selfie-snapping, booty-shaking, cocktail-guzzling, coke-snorting, and (spoiler alert, that is, unless you’ve seen the trailer) male-stripper-killing quintet of female friends whose weekend in a glass-encased Miami beach house takes a wrong turn, leaving them to spend most of the movie trying to figure out how to dispose of a lifeless hunk’s body. (Think of it as Weekend at Bernie’s, but with a hot dead guy.) Directed by Broad City alum Lucia Aniello, Rough Night briefly gallops when these girls-gone-wild party, but once things take that unfortunate turn, the movie goes flat-footed: Logic dissipates and transitions stumble. A side narrative in which the bride-to-be’s sweet but wimpy fiancé dons adult diapers and snorts meth in a gas station convenience store on his way to rescue his beloved is so misconceived, you can hear the crickets chirp.

Which brings us to the saving grace here: McKinnon’s daffy turn as an Australian kookaburra who delightfully rounds out the film’s posse. How many so-so comedies has she salvaged in the past few years by virtue of her unique take on an otherwise ordinary supporting character? Whenever the wide-eyed McKinnon appears onscreen with other actors, you instantly focus on her and only her. You can’t wait to hear what she’s going to say and how she’s going to say it, in the same way Madeline Kahn held your rapt attention. But even Kahn at her dippiest couldn’t pull off a make-out session with a corpse on a darkened beach the way McKinnon does in Rough Night. If this talented comedian were to ever let loose as the headliner of a movie, the screen itself might burst into helpless laughter.