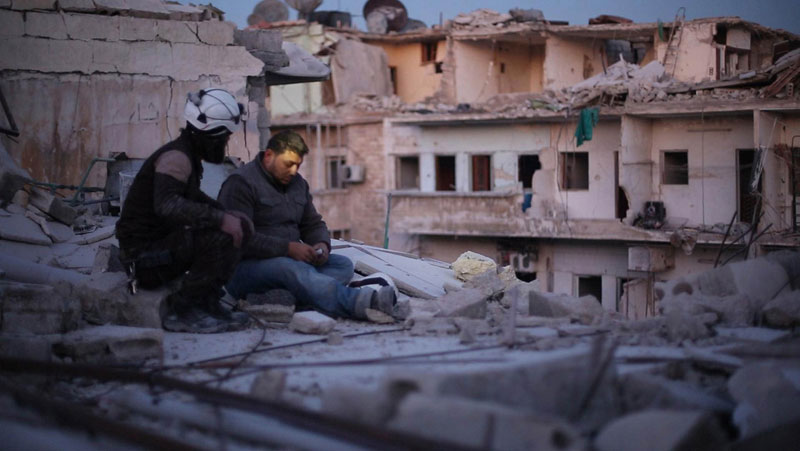 Once Syria’s largest city, Aleppo is now a place of rubble and desperation as a result of the Syrian Civil War. President Bashar al-Assad’s bombing campaign against resistant pockets of his own people destroyed most of the city’s structures and killed or maimed those residents who refused to flee or become homeless refugees. By the end of 2016, al-Assad’s Russian-assisted forces regained the ancient city from the Aleppo rebels, but Last Men in Aleppo was shot during the devastating months before that defeat. The White Helmets rescue group (officially the Syria Civil Defence) is the subject of this documentary, and their work will be familiar to anyone who has seen Orlando von Einsiedel’s 2016 Oscar-winning documentary short, “The White Helmets.” The group’s primary work is to keep a constant scan of the skies for warplanes, then race to the bombing sites and dig through the rubble to search for survivors. It is heroic, laborious, and heart-wrenching work. So many dead bodies and severed anatomical parts are retrieved along with the barely alive – and so many of the victims are babies and toddlers. Last Men in Aleppo, which won the World Cinema Grand Jury Documentary Prize at the Sundance Film Festival, puts you on the ground in these first responders’ boots. The witnessed wreckage will not wash away easily. Nor should it.

The urgency and the desperation demand that attention be paid to this atrocity, as well as the White Helmets’ attempts to make life a little better. The film focuses primarily on two rescuers, Khaled and Mahmoud. Khaled is a natural leader and the sweet affection of his three little girls provides the movie’s fleeting uplift. He wants to get his children out of Aleppo, but feels that life in a refugee camp would not be a better option. Mahmoud and his brother have not told their parents, who are safe in Turkey, the truth about what they do. They figure their destiny is tied to the siege. Last Men in Aleppo doesn’t build in a narrative sense, however. In fact, the greatest takeaway from the film is the repetition: Day after day, the workers comb through rubble with their hands, call out for more body bags, and debate whether to show a severed foot to a family member for identification. The tasks are horrific, and ceaseless, but for one episode in which families are able to gather with their children in a playground for an afternoon of relief. Gallows humor often punctuates the tasks. Overall, the “you are there” footage lends the film a more journalistic than artistic tone, yet the emotional effect is intimate and unforgettably gripping. 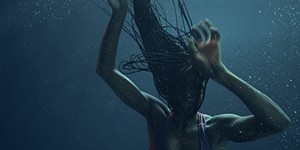