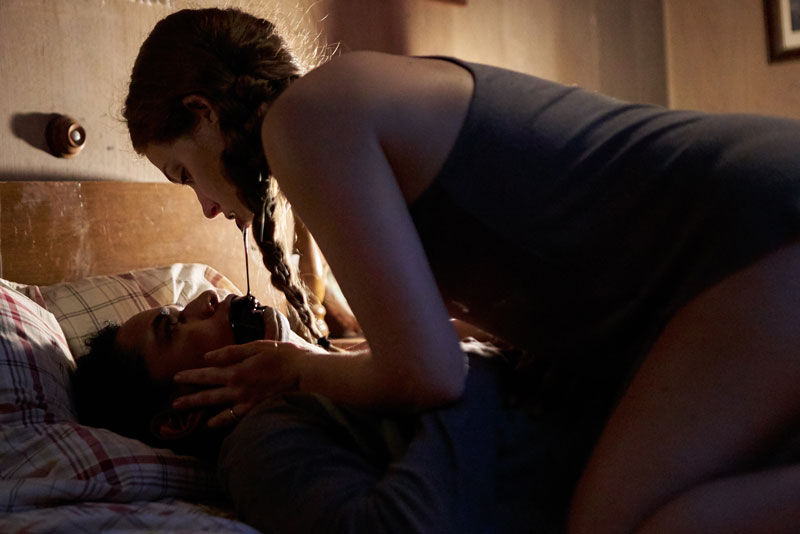 It Comes at Night

Compassion kills in dire times. That’s the widdershins message of Krisha director Shults’ sophomore feature, a severely downbeat, cabin-in-the-woods horror show that entwines the claustrophobic paranoia of George Romero’s Night of the Living Dead with the locked-door tension of Roger Corman’s Day the World Ended and a febrile case of Cabin Fever to boot. It’s a lean, mean, effective thriller that offers no explanation as to the means or method of humanity’s endgame while simultaneously focusing on the trip-wire frailty of a nuclear family trapped in the hungry, thirsty days of the dead – or is it, indeed, the dead? And if not, what are they?

To his credit, Shults keeps us in the dread dark (often literally), and instead focuses on spouses Paul (Edgerton) and Sarah (Ejogo), who along with son Travis (Harrison Jr.), have holed up in an old house in the woods, effectively maintaining a daily routine – two meals a day, keep those doors locked at all times – as an unseen force roams outside their quadruple-locked home and an unseen force infects others with a grisly, Ebola-esque fate.

All’s well that doesn’t end well when desperate intruder Will (Abbott) bursts into the house in the middle of the night and manages to convince Paul that his wife and daughter are dying of thirst just eight miles away. After an ambush on the road, the now-allied pair manage to bring Will’s wife Kim (Keough) and 4-year-old son Andrew (Faulkner) to Paul’s safe place; but how safe is it? The family dog goes missing, eerie howls echo throughout the woods, and before long – another nod to Romero – it’s family against family against God-knows-what.

The devil, or whatever that is outside, is in the details in It Comes at Night. Shults’ film, which he also wrote, is a model of nightmare minimalism, trusting the audience to use their imagination to supply their own, patently more terrifying, idea of what the hell is shrieking out there in the forest.

Director of photography Drew Daniels amps up the fear factor by coupling tight close-ups of frightened faces to both tenebrous interiors and the unnaturally distressing light of Coleman lanterns and gasolined gravesites. Infused with a perpetual gloom that renders even the lush, daylight woodland as threatening as Grizzly breath on the back of your neck, Shults’ intimate, doom-trippy portrait of two modern American families devolving into primitive tribalism is unnerving and powerful. Got a family? Best prepare yourself for some seriously freaky-ass bad dreams post-screening. 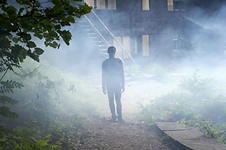 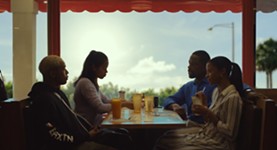 Waves
A bracing dive into a Floridian family set adrift 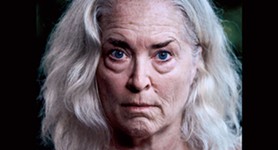