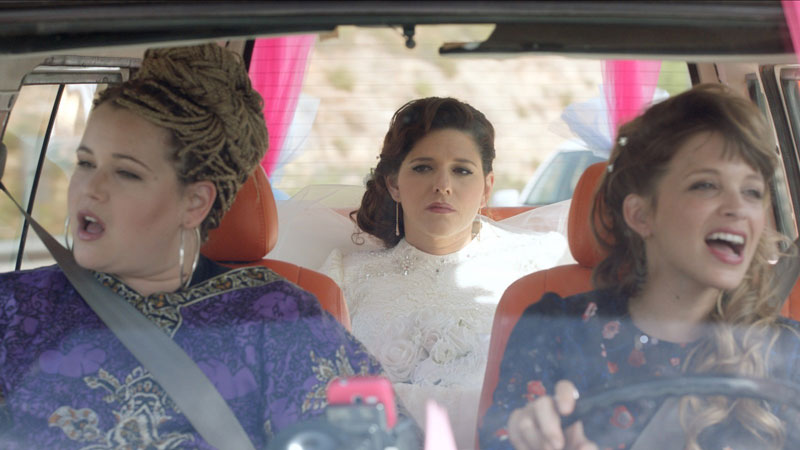 The Wedding Plan isn’t a romantic comedy in the familiar screwball tradition. In fact, what makes this Israeli film so intriguing is its absence of tradition. As in her previous film, 2012’s Fill the Void, writer/director Rama Burshtein opens up a vantage point on marriage, romance, and religion as seen from the perspective of a modern Orthodox Jewish woman. It’s a viewpoint so rare onscreen as to be almost ethnographic, yet the film steps beyond its cultural boundaries to present a universally recognizable story about a woman’s unrequited desire for love and romance, as well as her unshakable faith that her prayers will be answered in due time. God is just, is He not?

Indeed, the film is circumscribed by its belief in Judaism and in marriage as a cornerstone of the religion and its continuation. Marital partnerships are still governed by strict divisions between the duties expected of men and women, and to a large extent, a romantic comedy set among this community of Orthodox Jews in Jerusalem will always be confined by the participants’ traditional customs and beliefs. Yet, Burshtein colors a bit outside the lines, primarily in her depiction of The Wedding Plan’s unconventional heroine Michal (Koler), and her irregular, last-gasp strategy for finding a mate. Much like Kevin Costner’s ball field in Iowa, Michal plans her wedding – she books a hall, sends out invitations, says yes to a dress – believing that if she builds it, a groom will come.

At 32, Michal is feeling a bit desperate when the man to whom she is engaged dumps her a month before their planned wedding. After more than a decade of going out on dates with various men and never finding Mr. Right, she is at her wit’s end. Deciding to put her faith in God and the aptitudes of a couple of matchmakers, Michal holds on to her previously planned wedding date. If marriage is good for her, she reasons, then God will provide. Her mother and sister are mortified but supportive. Michal goes out on more dates (some of them quite amusing), continues to work as the proprietor of a mobile petting zoo (where one mother tells her how unfeminine it is for her to be handling snakes), and goes on a pilgrimage where she meets Yos (Israeli heartthrob Oz Zehavi), a handsome but nonreligious musician who finds her appealing. Despite her piety, Noa Koler exudes a puckish charm (if you look closely, you can see a hint of Gilda Radner in the twinkle of her eye). The Wedding Plan will be no one’s idea of a Western rom-com starring a sexy Hollywood ingenue, but for those who are inclined, it will be a ringing endorsement of the belief that God, indeed, works in mysterious ways. Fill the Void
In this fascinating Israeli film set within a community of ultra-Orthodox Jews, a young woman grapples with whether to marry her dead sister's husband.