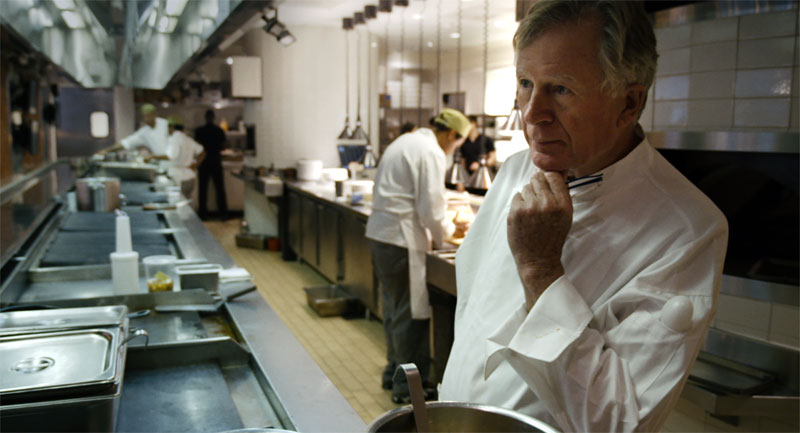 The celebrity chef is a ubiquitous figure now, popping up in People magazine profiles and superstore aisles, said chef’s name affixed to a 12-piece pots and pans set. It wasn’t always so. A new documentary makes the case that Jeremiah Tower set the mold for the celebrity chef, even as his own star dramatically fell.

Jeremiah Tower: The Last Magnificent aims to reintroduce Tower, an outré figure in Seventies and Eighties cuisine. Never formally trained, he was a walk-on at Alice Waters’ seminal Chez Panisse in Berkeley who later achieved rock-star status with his Cafe Society-inspired restaurant Stars. After Stars closed, Tower went off the grid. Well, sort of: He continued to cook, as well as publish books and defend what he (and many others) felt was his rightful place in the pantheon as a pioneer of California and New American cuisine and not just a footnote to Waters’ success story. Chefs and serious foodies certainly continued to know his name; those of us who just watch Top Chef, not so much.

He’s a toothsome documentary subject. Raised in extraordinary wealth and wincing neglect by parents he describes as “a prick and a raging alcoholic,” Tower shares some sensational anecdotes from his peripatetic upbringing – when he dined as a child on consommé on the Queen Mary, when in his 20s he threw a Molotov cocktail jury-rigged from a Dom Perignon bottle and an Hermès scarf.

But anecdotes do not a meal make. They’re interwoven with archival footage, talking head interviews (with, it appears, entirely Tower loyalists, including Anthony Bourdain, an executive producer; Waters’ perspective is absent), lightly goofy dramatic reenactments of formative events, and moody shots of Tower staring into the sun in Mexico, where he retired, narrated by Tower from a sometimes-ponderous script (presumably written by Tower himself). Director Lydia Tenaglia – who had a hand in Bourdain’s own path to celebrity chef status as co-creator of his first television show, A Cook’s Tour – has said in interviews that the planned arc of her film had to be radically readjusted in 2014 when Tower, in his early 70s, took a job as head chef of the failing revamp of New York’s iconic Tavern on the Green. (I wonder if that late-in-production scramble explains why the story behind Stars’ demise is so choppily integrated into the present-day action?) The Tavern footage is terrific stuff – unstaged and unmediated and the closest the camera gets to penetrating the enigmatic yet magnetic chef.