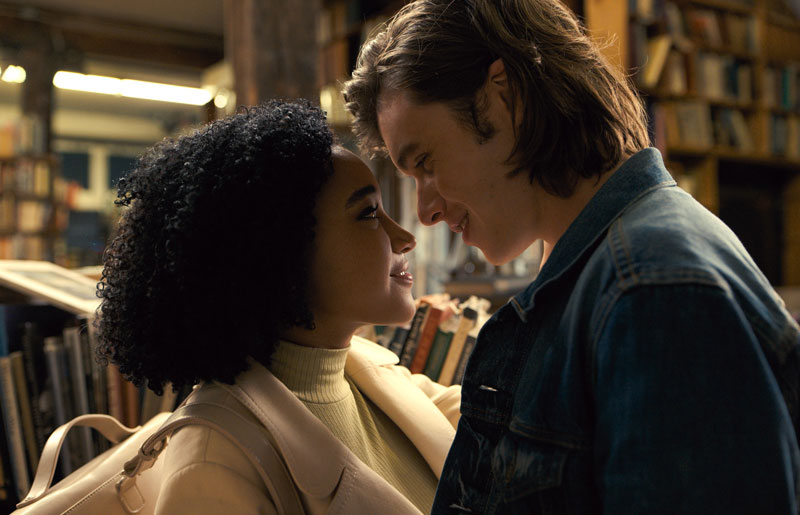 Based on the YA novel by Nicola Yoon, this is an above-average, young love weeper that somehow manages to hit all the genre notes in formal succession – yawn – but holds your interest by the remarkably nuanced performances of leads Stenberg and Robinson. She’s 18-year-old Maddy who, as is explained in both voiceover and animation, suffers from a rare autoimmune disorder that has kept her from leaving her mother’s airlocked, spick-and-span Los Angeles home for as long as she can remember. Maddy, bookworm smart, beautiful, and a budding architect via online schooling, is close melodramatic kin to John Travolta’s The Boy in the Plastic Bubble. When hunky, black-clad brooder Olly (Robinson) and his family move in next door, Maddy spies him from her bedroom window, they lock eyes as he skateboards by with a tentative wave, and the race to true teen love is off and running. Maddy’s mother (Rose) is a physician – which explains their Better Homes and Gardens-worthy house – who takes daily blood tests of her daughter, monitoring the disease’s progress, or apparent lack thereof, along with the family nurse, Carla (de la Reguera), who facilitates the budding romance in a way that eventually, inevitably leads to what may be disaster.

Director Meghie and screenwriter J. Mills Goodloe play around with little onscreen tricks such as displaying Maddy and Olly’s text conversation in print onscreen, since the two characters can’t be in the same room together due to Maddy’s illness, and also borrow a trope from Woody Allen’s Annie Hall in which the insecure subtext of a verbal conversation is also shown onscreen. Hey, if you steal, steal from the best.

As YA adaptations go, this isn’t quite The Notebook, but its core demographic of teen girls will likely be more than satisfied. Not being a teen girl at the moment, I was put off by an out of the blue third-act revelation that shifts the tone of the film a full 180 degrees. But then I suppose that’s always been a key ingredient to angsty teen love stories, at least as far back as when poor Sal Mineo lay dying in James Dean’s arms outside of Griffith Planetarium in 1955’s Rebel Without a Cause. Love kills, but then again, sometimes it doesn’t, and therein lies its enticing essence. 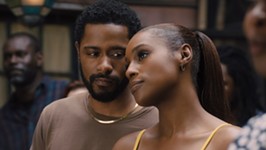