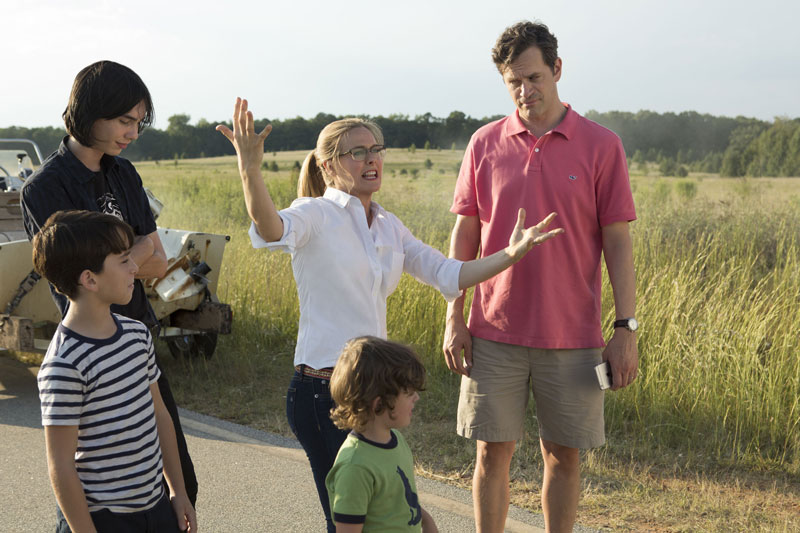 Diary of a Wimpy Kid: The Long Haul

Here’s the thing about kid actors: They grow up. Voices deepen; bodies change. Given the movie industry’s obsessive need to sequelize everything until the numbers no longer add up, the natural maturation process can quickly age a franchise dependent upon fossilized cast members to remain forever young, Harry Potter notwithstanding. In this fourth onscreen installment of the Diary of a Wimpy Kid series, a newly minted Jason Drucker assumes the titular role of the perennially put-upon middle-schooler, Greg Heffley, presumably because Zachary Gordon, who originated the character back in 2010, turned the corner of puberty long ago. In fact, the new movie features an entirely refurbished Heffley family, including former Aerosmith music-video siren Alicia Silverstone wearing the mom jeans this time around, and onetime Tom Hanks look-alike Tom Everett Scott doing that Dad thing he does. Quite frankly, it doesn’t make much difference who plays these parts, though Silverstone has a couple of effective moments as the parent who futilely attempts to wean her family from their electronic devices and direct their attention to one another during an eventful four-day road trip through middle America to attend Meemaw’s 90th birthday party. Otherwise, the actors (both professional and nonprofessional) perform each scene – each shot, for that matter – as if it had no relationship at all to the rest of film, with the emphasis more on energy levels rather than credible characterizations. Call it the Nickelodeon style of acting: Mugs for everybody!

Along the way, diapers cling, pigs crap, ducks attack, vomit spews, mud splatters, dough explodes, and embarrassing video clips go viral, further sharpening the slings and arrows of outrageous pre-adolescence for miserable Greg. What’s missing here? The satirically edged animated illustrations by series creator Jeff Kinney, which would have made this Wimpy Kid less cartoonish, ironically enough. Although the movie is imminently forgettable (despite a clever but incongruous send-up of the shower scene in Psycho), two things linger for reasons unrelated to quality. First, the father figures depicted here are hardly role models for youngsters to emulate. When they’re not using a cell phone while driving the family SUV, they’re directing their offspring to steal personal property. And second, this may mark the first time human turds splashing in a toilet are audible on a movie soundtrack. No doubt, the under-10 crowd will love this bathroom vulgarity, even more so when their adult chaperones experience a flush of embarrassment. As every kid (wimpy or not) knows, there’s nothing funnier on this planet than the plop of poop – except for maybe a loud, rumbling, wet fart. 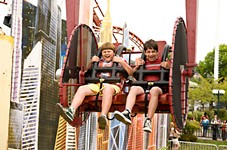 Diary of a Wimpy Kid: Dog Days
This third film in the tween series is funny without being in any way condescending to its target audience. 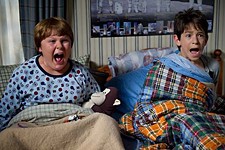