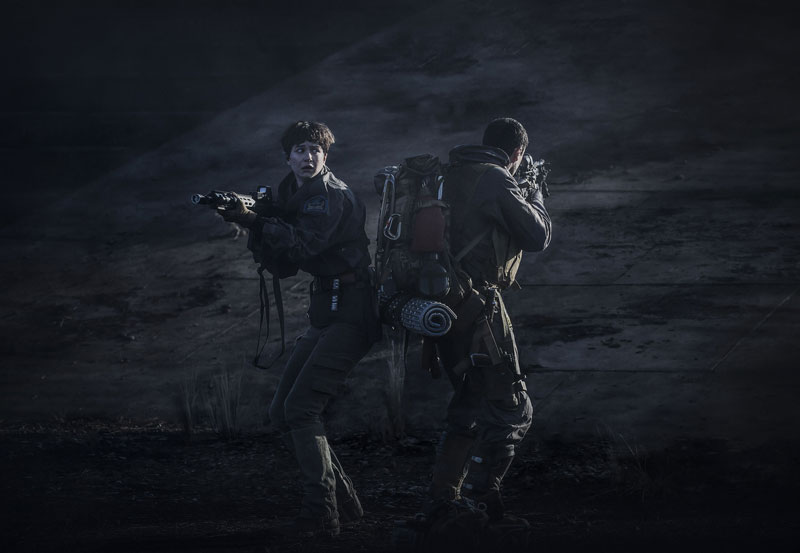 Consider the rocky road of the Alien franchise. Ridley Scott’s 1979 original is a bona fide classic of the horror genre, with James Cameron’s 1986 sequel following close behind. But after that, things get a bit dodgy. David Fincher and Jean-Pierre Jeunet didn’t fare too well with their entries into the series, and that brings us to Scott’s return to the director’s chair with 2012’s prequel, Prometheus. A prequel introducing nothing less than the origin of humanity, the film was met with a contentiousness that seems to have perplexed Scott. In recent interviews, he was under the impression that the acid-blooded xenomorphs were played out, or as Scott put it “he was definitely cooked, with an orange in his mouth.”

Give the people what they want, it seems, as Scott’s new entry Alien: Covenant plays like a greatest hits of your favorite Alien moments. After a prologue that seeks to bridge the gap between films, in which Michael Fassbender’s android David confers with Guy Pearce’s Peter Weyland, the aging CEO who created him. It’s an interesting opening gambit, all Kubrick and Wagner. But, just like that we are swept away into the deep space life of the spaceship Covenant, where married couples are the crew, and the ship houses thousands of souls in hibernation, on their way to a distant, habitable planet to thrive and prosper. When what amounts to a space burp (actual scientific nomenclature) damages part of the ship, this year’s model of android Walter (also Fassbender, but his hair is different. Acting!) wakes up the crew, who consist of mere sketches of actual characters, the better to dispatch them once the xenomorph actually shows up. How that happens is through a series of convoluted events that, when I think back, are perplexing and lazy. But, the alien is back, dispatching his victims in increasingly gory ways, while Katherine Waterston runs around trying to figure out what the hell is going on (no easy answers to that particular question). Rarely do I comment on characters’ hairstyles in movies, but the decision to give Waterston a hybrid bowl-cut/Prince Valiant bob is one of the most ill-advised things this film does. And in a film that treats its audience like morons, that is saying something.