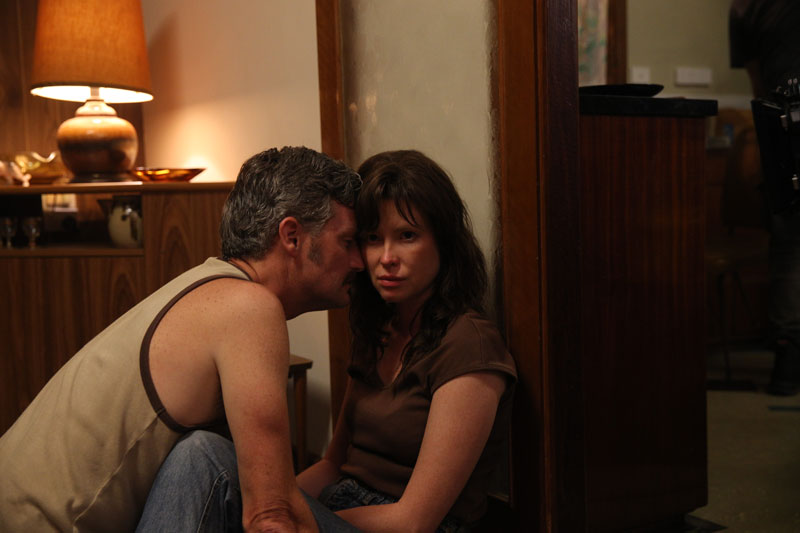 To paraphrase Men at Work, you better run, you better take cover, because they come from a land Down Under and they want to kill you. Barring that, definitely don’t go walking alone at night in late-Eighties Perth. Director Ben Young’s first narrative feature is loosely based on actual events, which makes watching this psychological horror show all the more harrowing.

Cinematographer Michael McDermott shoots Christmastime in Perth in shades of banal dread. The sub-suburban neighborhood in which the film takes place seems weirdly vacant and seedy. Seen from above, the razor-straight roadway that leads to the surrounding forest is an ugly, trash-strewn throughway to hell. Because, of course, that’s where all the bodies are buried. And there are a lot of bodies, or so we’re led to believe by all the missing persons posters decking the halls of the local constabulary, who frankly don’t appear to care one way or the other that teenage Vicki (Cummings) has disappeared overnight from her divorced mother’s home.

Vicki has, in fact, been kidnapped by married couple John (Curry) and Evelyn (Booth), who initially approach her with an offer of some free weed but instead drug her, chain her to a daybed in the boarded-up back bedroom of their house, and proceed to creep the hell out of both their hapless captive and the audience.

This isn’t Married With Children by a long shot. There is a disturbing box full of dolls in the couple’s closet, and references to strained if not outright insane adult relationships and the ripple effect of domestic violence abound throughout. Cummings may be playing the victim here, but it’s Booth’s horrifically realistic performance as the cowed, insecure, and theoretically “better” half of this thrill-killing dismal duo that makes Hounds of Love such a perfectly nightmarish experience.

Director Young also penned the tightly wound script, and while it’s a far scream from your average serial-killer cinema, this grim little piece of disturbia is a model of building near-intolerable suspense via nuanced characterization. Much of the story is seen through the atypically, disconcertingly sympathetic eyes of Evelyn, who apparently longs for escape from this hellish scenario just as much as the bound and gagged Vicki. Shots of airplanes, birds, and other objects of flight are layered over the main narrative, but Evelyn appears unable to break free of her own fear-freighted vacillation. Smartly shot, edited to generate maximum audience anxiety, and featuring an appropriately doomy score by Dan Luscombe, Hounds of Love is that rarest of cinematic beasts: a directorial debut that’s not only tonally flawless but also manages to radically reimagine an entire genre. 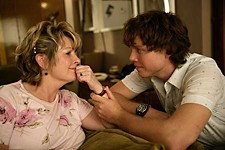