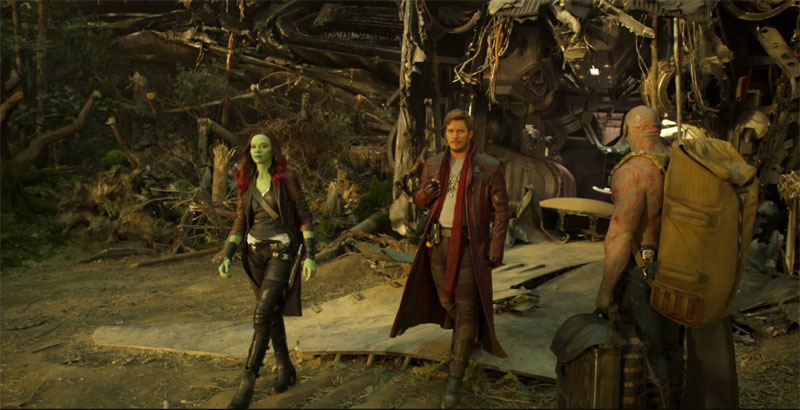 Guardians of the Galaxy Vol. 2

Everybody’s got family issues galore in this slightly less invigorating but still welcome sequel to director James Gunn’s 2014 surprise Marvel Universe hit. While the original had near-equal amounts of action, humor, and enough seriously badass rebel attitude to choke Smokey and the Bandit-era Burt Reynolds, Vol. 2 ups the ante by introducing Kurt Russell as Ego, a planet-sized entity in human form who is in actuality – stunned gasp! – cocky-ass Peter Quill’s, aka Star-Lord’s, father. (Star-Lord’s brand of kinda-sorta bad boy charm and cocksure posing echoes Russell’s turn in John Carpenter’s Big Trouble in Little China so often it’s a wonder JC didn’t get some sort of credit in the closing crawl.) Ego arrives with adopted daughter Mantis (the anime-eyed Klementieff), an empath who can latch on to others' emotions and take the pain away, and then there’s green-hued ass-kicker Gamora’s long lost sister Nebula (Gillan), who shows up with vengeance on her mind.

Set against a somewhat rambling plot involving the theft of some ultra-powerful Doomacell batteries from a golden-skinned race of interstellar perfectionists led by Debicki’s Ayesha, these familial conflicts – and the return of Michael Rooker’s former bad guy turned probie Guardian Yondu – give Vol. 2 a more serious tone than the first film. Which isn’t to say that it’s any less entertaining. Director and writer Gunn is a dab hand with space opera quippery and most of the set-pieces land bang on target, with collateral emotional damage to boot. It’s got more heft, and the risks are higher this time around, but this is one Marvel Extended Universe tentpole that is unlikely to be crushed beneath the earth-shattering seriousness of Cap vs. Tony Stark. It’s far too gleefully goofy for that, even with the death of a major character in this entry. Plus, Baby Groot (voiced by Vin Diesel doing a complete 180 from his Iron Giant gravel-growl) is just too goddamn cute. All in all, it’s a helluva fun ride and the platonic ideal of a Saturday afternoon matinee. By the way, you’re going to want to stick around until the very end of those closing credits to catch the movie’s five separate “final” scenes. 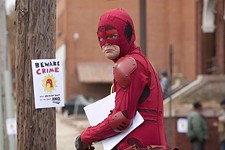 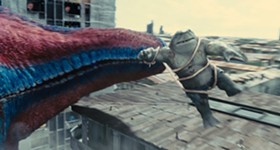 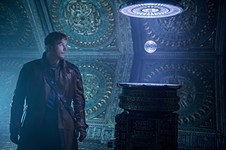