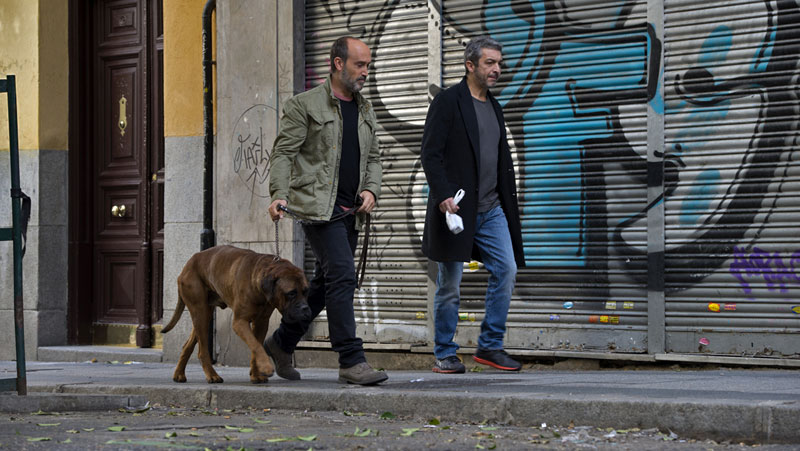 A quick glance, a knowing gaze, a look askance: The eye contact between the two lifelong friends in the 2015 Spanish-Argentine award-winning film Truman speaks a thousand words. It’s the unspoken language of human beings who know each other all too well, for better and for worse, in good times and bad. When a slightly nervous Tomás (Cámara) unexpectedly shows up at the front door of the Madrid apartment of his old partner in crime, an unkempt Julián (Darín), both immediately well up in tears at the sight of each other. This hallway reunion is a bittersweet one, however, given the reason Tomás has briefly returned to Spain. It’s a delicate situation that brings them together, one that makes every minute of the four days they spend in each other’s company more precious than any of the countless days they shared in their youth.

The film is a string of emotionally authentic moments that take place over this all-too-short period of time: a happenstance encounter in a restaurant in which an overdue apology is made to an estranged acquaintance; a sudden embrace between father and son on an Amsterdam street; a sorrowful crying jag following an inevitable copulation; a hand reaching out for another over the expanse between twin beds in a hotel room. And there’s the visit to the veterinarian to inquire about canine psychology, prompted by Julián’s decision to find a new home for his beloved dog, Truman, given the ticking clock of his situation. There isn’t one false move in Tomàs Aragay and Cesc Gay’s beautifully modulated screenplay. Es perfecto.

The performances by Darín and Cámara in the lead roles are perfect as well. You never doubt the intimacy of the friendship between these men. As in life, these BFFs are as different as night and day, which probably explains their simpatico relationship. These are not stock characterizations either. Julián and Tomás subtly change as the film goes on: Julián’s bravado diminishes as the gravity of his circumstances gradually sinks in, while Tomás’ initial uneasiness dissipates as he steps up to the plate. And as for Truman? His fate rests in a grand gesture of trust and love, one that will have you fighting the urge to sob. (Just give in.) Why it’s taken this superb movie two years to cross the ocean is a mystery. See Truman with a good friend. You’ll be closer for it. 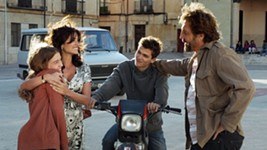 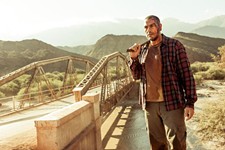