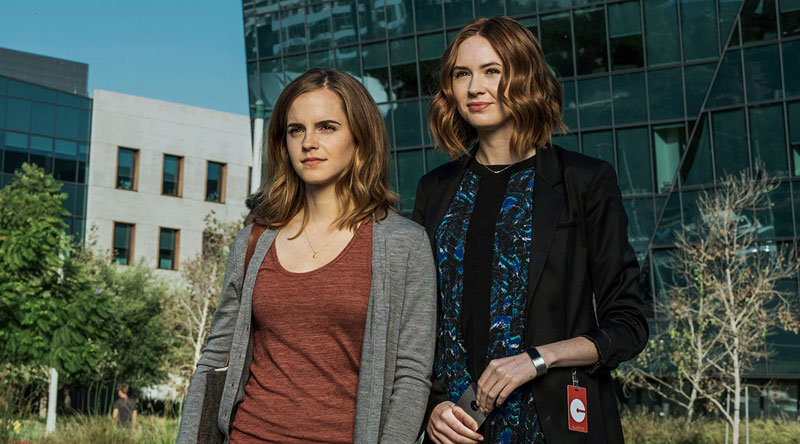 A hysterical cautionary tale for people who would like nothing better than to control-alt-delete all social media, The Circle uses finger-wagging scare tactics to admonish app-addicted millennials to momentarily ditch Facebook, Twitter, and other virtual communities and instead find some real friends in the world, just like we used to do in the old days, dammit. Based on the 2013 novel by Generation X-er Dave Eggers (best known for his 2000 autobiographical debut, A Heartbreaking Work of Staggering Genius), the movie features Watson as Mae Holland, an ambitious but none-too-bright twentysomething (she takes moonlight kayak rides in the East Bay) who quickly rises up in the ranks of the titular high-tech company co-founded by Eamon Bailey (Hanks), a zillionaire visionary who communicates his down-to-earth accessibility by wearing tennis shoes and carrying a coffee cup everywhere he goes. Eradicating the boundaries of personal privacy in the guise of social justice, public accountability, and other warm-and-fuzzy buzzwords, the Circle turns out to be a nefarious organization seemingly intent on world domination, brainwashing its employees to drink the corporate Kool-Aid like members of a cyber-cult. Witness the fate of Mae’s ex-boyfriend Mercer (a stiff Coltrane), an old-fashioned kind of young man who disapproves of her highly visible role as the company’s duped cheerleader. In melodramatic fashion, he meets his untimely demise at the hands of Mae’s reckless, paparazzi-like followers in a scene so preposterous it stops the movie dead in its tracks. Apparently, driving off a bridge is the price you pay for being a Luddite.

This might have worked as a digital-age social satire, as evidenced by a sharply drawn exchange in which Mae is gently chastised by two co-workers for not living her life 24/7 as a participant of the Circle. Instead, the movie opts for paranoia on par with forgetting your password, never mining the depth of the real Big Brother fears underlying our interconnected existence. Hanks is much too genial to believably play a villain, while the film’s other baddie, a creepy Oswalt, has all the personality of an online predator. In the end, the movie is utterly ineffectual as a techno-thriller. Like that endlessly spinning disc signifying a problem with your computer, The Circle goes around and around and around without taking you anywhere except to a place of pointed frustration. 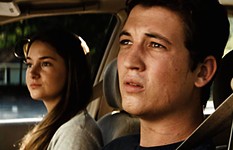 The Spectacular Now
An outstanding cast and eloquent storytelling shape this delicate film that becomes a dark study of a budding, young alcoholic.