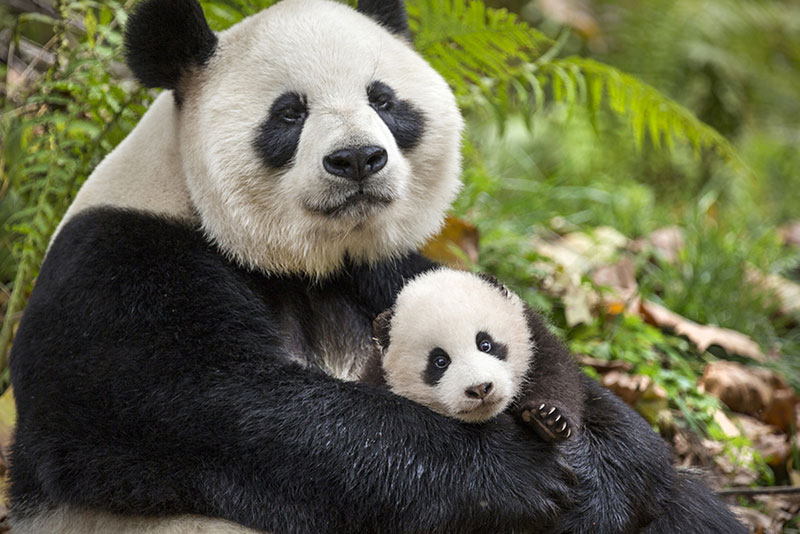 Wildlife documentaries, like Disneynature’s latest, Born in China, have always held a strong appeal for this particular writer born in the industrial part of New Jersey. How else might one see animals doing their thing other than at zoos, in nature films, and at summer camp in the Poconos? High-def television has made this kind of programming more compelling than ever, but what can beat the lure of the big screen?

The intimate camerawork of Born in China is spectacular. The film was obviously shot over a number of years by several cinematographers in a variety of locations in China. Primarily, the film focuses on the life cycle of three animals specific to Chinese habitats: panda bears, snow leopards, and golden snub-nosed monkeys, along with sidelong looks at the Tibetan antelopes known as chiru and the red-crowned cranes (China’s traditional symbol of longevity). Classically structured in a seasonal pattern, Born in China follows these animals from one springtime to the next, from one balmy birthing season through a frigid, food-shy winter, and back again. As a G-rated film, however, Born in China forgoes bloodshed in its scenes of animals with their prey, and altogether leaves out any mention of death by poachers or human encroachment into animal territories. A time-lapse sequence of foliage going through an annual cycle provides an extraneous flourish, but can be forgiven because it shows the same exquisite attention to detail exhibited by the animal photography.

As breathtaking as the imagery is, however, the script, which is narrated by John Krasinski, is a mess of anthropomorphic goop. Granted, the narration is aimed at a young audience, and part of the pleasure in watching animals in the wild comes from observing the similarities and differences between them and us. A panda mom’s devotion to her newborn cub, a leopard mother fending for her young, a juvenile monkey trying to find his place within his troop: These are the dramas that shape the film’s narrative. There is much to learn from witnessing the physiological and behavioral attributes of animals in their natural habitats. Yet the script (written by Lu, David Fowler, and renowned nature filmmakers Brian Leith and Phil Chapman) assigns emotional feelings to the animals that cannot be supported by science. Such Disneyfication is exemplified by lines that inform us that Born in China will reveal “the love, losses, and hopes of many different creatures.” We’re told a panda mother’s “most treasured time of life” is the time she spends with her infant cub, a young monkey learns that “nothing compares to being loved by those you love the most,” and the sad story of the snow leopard mother is summarized by the comment, “If only a family’s love could determine its fate.” Furthermore, the filmmakers present the 2-year-old monkey’s ostracization by his mother and father as the result of sibling rivalry with his newborn sister rather than as part of the normal pattern of male primate behavior. This kind of emotional overlay is a dangerous counterbalance to the film’s stunning documentary work. Save the psychological drama for your narrative films, Disney. Films like Dumbo, Flubber, and The Lion King all do this kind of thing very well, but, please leave emotional conjecture out of your documentaries.