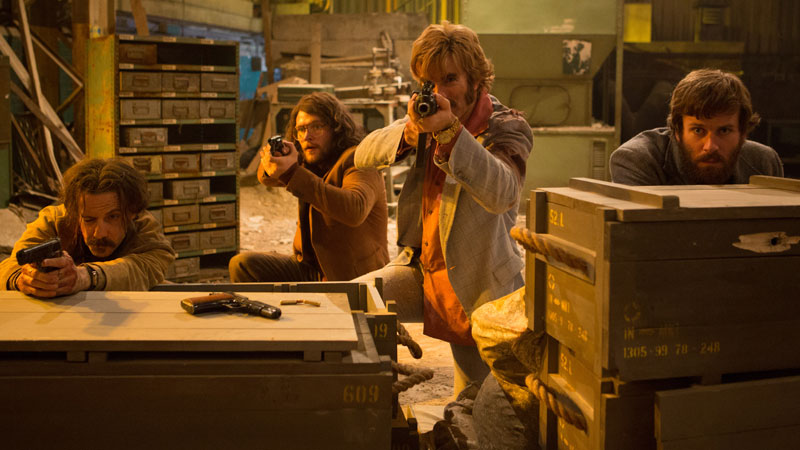 No one alive today makes the sort of movies Ben Wheatley does, and this, his sixth feature since 2009’s haunting and perfect lo-fi gangster melodrama Down Terrace, is both a formal experiment in crime caper reductionism and a comic gem riddled with enough gorily farcical moments to leave you laughing up blood. It also sports more gunfire than John Woo’s The Killer and Hard Boiled combined. I’m tempted to think that this is Wheatley’s none-too-subtle commentary on the absurdity of American gun culture – he’s a Brit – but since the story takes place in Boston in the Seventies and involves the Irish Republican Army, maybe not. As always, however, with Wheatley there’s more than meets the eye.

Armie Hammer slyly steals the show as Ord, a very chill American arms dealer who, along with associate Justine (Larson), tries mightily to broker a sale between IRA member Chris (Murphy) and hyperactive South African gunrunner Vernon (Copley). The whole movie takes place in an abandoned warehouse packed to its rotted roof with oodles of I-beams and concrete rubble, the better for wayward ballistics to ricochet off of and puncture countless times, once the deal goes awry. (There’s a certain Reservoir Dog-edness to Free Fire, but Wheatley ratchets up the ridiculousness of the situation rather than investing it with too much QT gravitas.)

This is an ensemble outing all the way to its bitter ironic end, and so Wheatley regular Michael Smiley shows up as Frank, Chris’ lieutenant, alongside the excellent Sam Riley as Stevo, his dopey, junkie little brother. Filling out the firefight-to-come are some terrific, memorable, nuanced turns from Noah Taylor (Game of Thrones) and Jack Reynor’s itchy trigger-fingered Harry. Wheatley, who co-scripted with his spouse and writing partner Amy Jump, sustains a level of comic violence that might normally arrive as a single set-piece in someone else’s action film, and yet Free Fire feels like a minor work, coming as it does from the director of the unambiguously genius High-Rise and the profoundly unsettling A Field in England. That’s not a serious knock, though. Free Fire is exactly what you think it is, yet more entertaining than it has any right to be. Add to that the Oscar-caliber editing (by perpetual multitaskers Wheatley and Jump), plus random moments of John Denver, and you have one of the smartest dumb shoot-’em-ups in years. 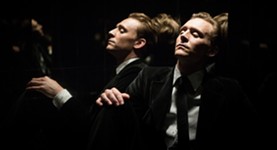