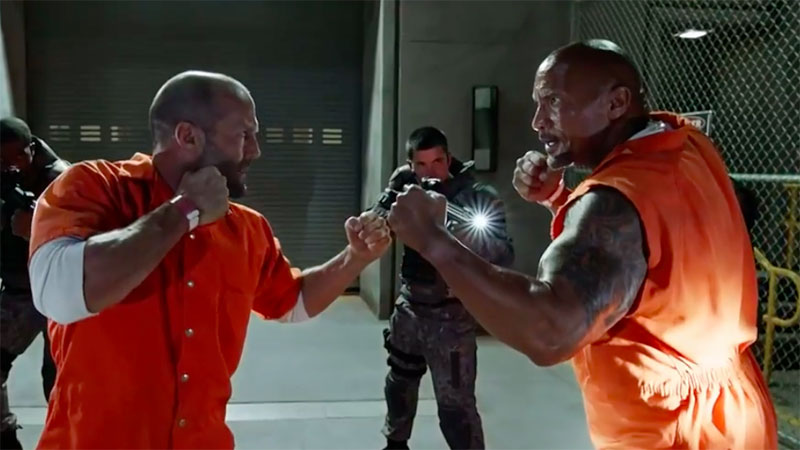 The Fate of the Furious

There’s been a lot of rubber burned between this franchise’s original vision of street-racing larcenists and Fate of the Furious’ merry band of kinda-sorta-yeah-sure-why-not heroes before us today, now tasked with no less than saving the world. (That’s right, kiddos, turns out there is upward career mobility in car thieving!) With every picture – all but the first two scripted by Chris Morgan – the series has grown ever more preposterous, its sense of humor improving in tempo with its silliness. Nothing here quite matches the thrilling audacity of Furious 7’s skydiving cars or that hopscotch between two skyscrapers in Dubai, but just as I’d started to fear the worst for Fate of the Furious – a superior script, yes, but inferior action set-pieces (the series’ raison d’être) – Morgan and new director F. Gary Gray (Straight Outta Compton, The Italian Job) profit off the topical unnervingness of self-driving cars for a nifty action nightmarescape that sent a bolt through my heart best described as uncomplicated joy. Sneer all you want at the so-called low culture of F&F, but never underestimate the pure pleasure of watching grownups play smash ’em up with life-sized Hot Wheels.

Interestingly, the filmmakers have adapted to the loss of Paul Walker – the series’ steadfast co-lead, who passed away in 2013 – by fattening the roster of supporting players and pulling focus from star Vin Diesel. That’s a boon for anyone who’s grown weary of his character, gruff Dom Toretto, who’s always growling about how great his family is. Early in the film, Dom uncharacteristically breaks from that family to forge his own path, but Dwayne Johnson’s Agent Hobbs ain’t having it, and so convenes a supergroup of old and new to chase Dom down. In an overstocked pond, series regulars Tyrese Gibson and Ludacris supply reliable comic relief; Jason Statham amusingly redefines his bad guy persona from the previous film; and new recruit Charlize Theron improbably makes white lady Rastafarian braids work for her as an ice-cold cyberterrorist. As for Johnson’s higher profile – and this will surely sound like sacrilege to Diesel-heads – I say if you can only have one hypermuscled bald dude in a tight tank to lead the franchise, better the Rock’s wink and a smile than Diesel’s stifled-fart face.

Plenty has been said already about the series’ admirable, unforced-feeling diversity both in front of and behind the camera. (Fate of the Furious does get a new blue-eyed white boy addition to the cast with the eternally blank Scott Eastwood, but his presence is paid off once he’s swung perpendicular to the floor and pinned to a wall.) The role of women in the franchise is more complicated. How much screen time for its above-the-line actresses – the ones afforded actual character names and plot contributions – does it take to erase the roll-your-eyes ickness of so many nameless female extras differentiated only by their butt cheeks? No, what sets apart this eighth outing is its giggling bouts of male henpecking, all puffed feathers and nyah-nyah taunts. A franchise built on machismo’s outward displays of fast cars and bulging biceps finds its best jokes in exposing men as petty bullies who secretly want to bond? Bully for that. 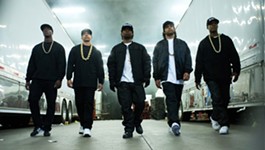