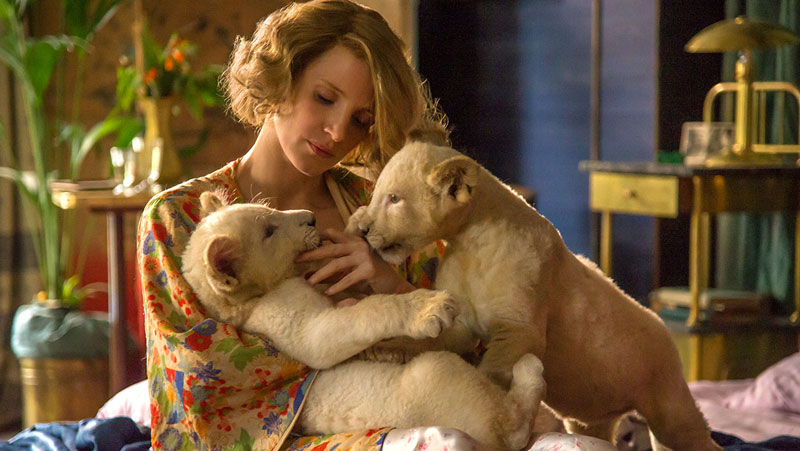 The Zookeeper’s Wife tells a unique story of Holocaust heroism and survival in which the sufferings of animals are given nearly equal play with those of human beings. The film’s opening scene is telling: The young son of the zookeeper’s wife, Antonina Zabinski (Chastain), is asleep in bed beside two lion cubs – the lions are literally lying down with her lamb. The time and place is Poland, 1939, on the grounds of the Warsaw Zoo, prior to that country’s surrender to the Germans. Over the course of the next seven years of the war, Antonina and her husband Jan (Heldenbergh) watched helplessly as their precious zoo animals were decimated by Nazi bombs or point-blank killings by soldiers who were ordered to shoot the “undesirables” and relocate the “valuable” specimens elsewhere for an animal eugenics program similar to the experiments Dr. Mengele inflicted on human victims. With their zoo bereft of animals and visitors, Jan and Antonina hatch a brave plan to siphon out Jews from the Warsaw Ghetto and hide them in their basement. By the time the war ended in 1945, the Zabinskis had saved the lives of more than 300 Jews.

Based on the book about these true events by Diane Ackerman and adapted for the screen by Angela Workman, The Zookeeper’s Wife commendably finds a distinctive tale to tell but falls short in its execution. The atrocities experienced by Poland’s Jews can often seem like background to the horrors undergone in the foreground by the animals. We hear the screams of panic among the animals during the bombings, and witness such things as animals being shot in the head or the Herculean task of burying a murdered hippo. We certainly see as much if not more animal suffering as human, and it’s interesting the way in which the film uses our sympathies for animals as a trigger to stimulate empathy with human beings. All the animal choreography and cinematography by Andrij Parekh are quite appealing, yet the film’s dramaturgy is flat and unexciting. The story stays on a steady simmer that drains the drama’s juices while remaining undercooked. (Angela Workman’s screenplay adaptation of the novel Snow Flower and the Secret Fan similarly became a colorless film.) Jessica Chastain’s performance is rich with lovely nuances, but to hear her speak in Russian/Polish-accented English is disruptive to the ear. So hard she must have labored to nail the accent only to have it effectively sound like a phony artifice that takes the viewer out of the movie. (There is not time and space here to analyze the pros and cons of actors using foreign-accented English in modern films, but when that time comes, The Zookeeper’s Wife should be a key focus of the study.) Despite its inadequacies, however, The Zookeeper’s Wife conveys a tale of courage and opposition to authority that provides valuable inspiration for any era. 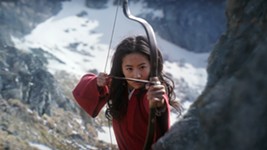 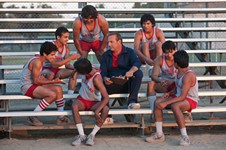 McFarland, USA
Despite heavy sports-underdog cliches, this film with Kevin Costner as the coach of an all-Latino high school track team taps into a lot of modern realities.