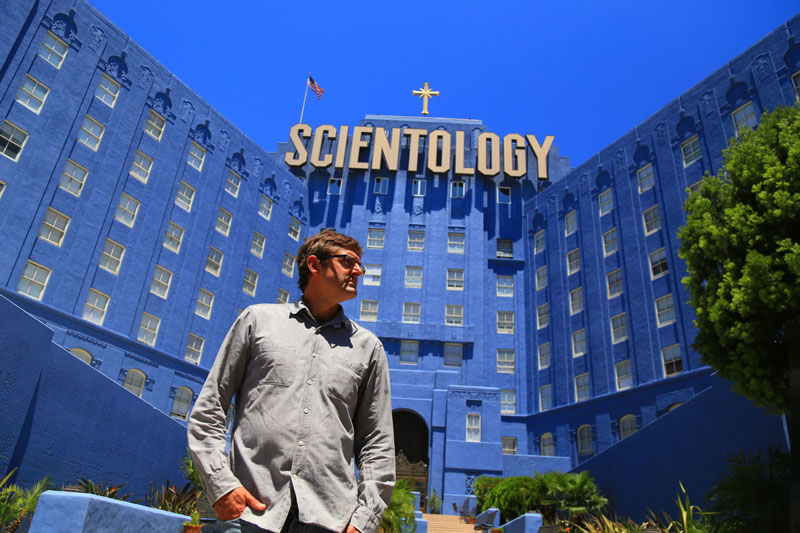 Cheekier than Alex Gibney’s Going Clear, but in its own way just as serious and occasionally downright creepy, this lo-fi doc featuring BBC investigative reporter Louis Theroux plays more like Brit journo Jon Ronson (The Men Who Stare at Goats) meets Brit doc-provocateur Nick Broomfield as it attempts to uncover (more) hidden truths about the infamous American cult/religion. By now it feels like there’s a takedown of the Church of Scientology every other month on one format or another – We Are Legion, Brian Knappenberger’s portrait of hacker collective Anonymous also dealt in part with badgering the church – and don’t even get me started on 4chan. Still, Theroux (who co-wrote with director Dower) manages to dredge up some new, albeit not particularly revelatory, intel on the litigation-happy group, and the tack they take to get there is interesting in and of itself.

Hoping to be “the first journalist to see a positive side of the church,” Theroux and his camera crew attempt early on to gain entry to the church via the traditionally unsuccessful route of direct approach. No dice. Instead, Theroux decides to cast and shoot his own “Scientology movie,” literally, right down to casting a faux Tom Cruise and one young acting hopeful as David Miscavige, the acting head of Scientology since the death of founder and schlock sci-fi author L. Ron Hubbard.

Director Dower cuts between the genuinely bizarre casting calls for Theroux’s movie and multiple real-life run-ins with various current and former members of the church, including a handful of what can only be described as their professional apostate harassment division, the “squirrel-busters.” Assisting the filmmakers in their efforts are a pair of ex-church members, the avuncular but formerly high-ranking Marty Rathbun, and Mark Headley, both of whom offer what little assistance they can. As noted, there’s not a lot of shockingly new information per se, but watching Theroux filming covert Scientologists while they in turn film him, and so on, has its own sort of meta-charm. 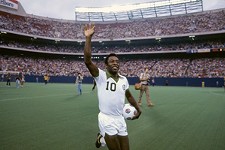 Once in a Lifetime
The unexpected rise and meteoric fall of the North American Soccer League in the heady, silly mid-Seventies is chronicled for the first time in this charmingly chatty documentary, which ably tracks both the birth of the sport on these shores and its ignominious downfall, which arrived almost overnight with the leave-taking of Pelé.