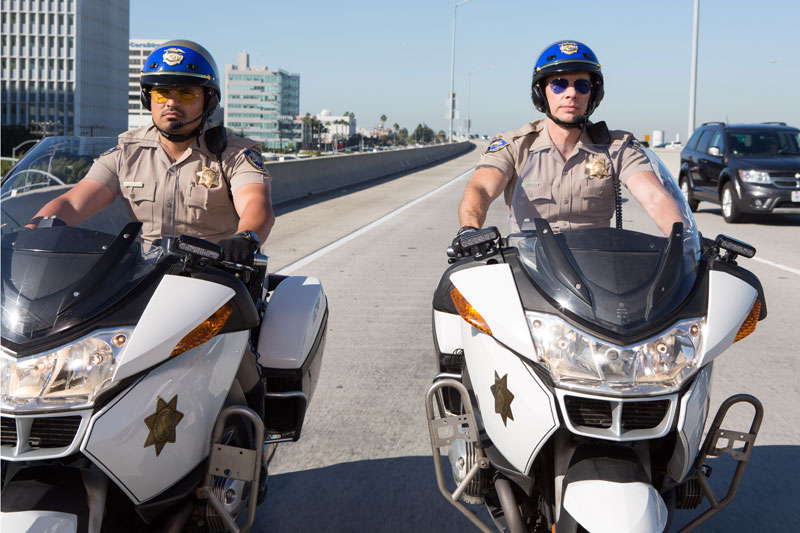 Who makes an R-rated movie for 12-year-old boys? Turns out, Dax Shepard, the writer, director, and star of this charmless exercise in nostalgia. That’s not nostalgia for the popular late-1970s TV show from which Shepard borrows a name and nominal premise – it’s for 1980s action-comedies, the buddy cops and boobie shots and dick jokes of yore.

Shepard is an affable presence onscreen, playing yet another variation on the sweet doofus persona he’s honed (most memorably on NBC’s Parenthood). As a washed-up former Motocross champ, Shepard’s Jon Baker is starting a new career as a rookie officer with the California Highway Patrol. He’s partnered with Frank “Ponch” Poncherello (Peña, so much better than this), an FBI agent gone undercover at CHiP to suss out a dirty cop ring that’s been pulling heists all over Los Angeles.

The investigation is dull, the jokes dispiritingly flat-footed, with Ponch’s sex addiction and squirminess over male intimacy supplying most of the setups for CHIPS’s puerile humor. The film mainly seems to exist to show off the depth of Shepard’s Rolodex (Maya Rudolph has a fruitless cameo) and his ardor for fast machines. Motorcycle enthusiasts will likely enjoy the well-shot, high-speed chases, but everything else moves at a crawl. Slow children at play, indeed. 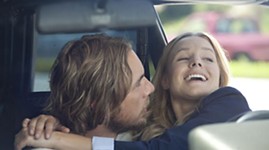