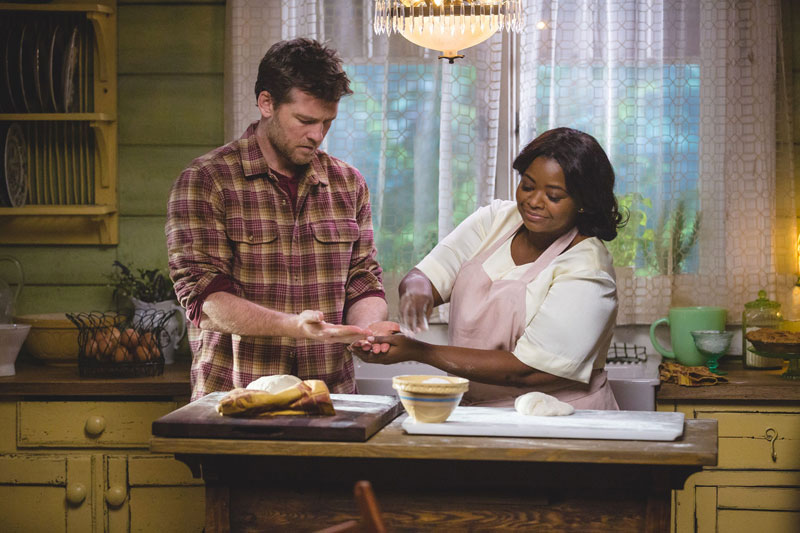 "Stop talking in riddles,” our hero Mack (Worthington) cries out to the earthly personification of God (Spencer) during one of their conversations in the titular shack. You might feel much the same way as this slow, Christian-themed movie nears, and then passes, the two-hour mark.

Based on William P. Young’s bestselling novel, The Shack details the spiritual journey of Mack Phillips, a family man who loses his faith after his youngest daughter is abducted and murdered by a serial killer. One day, he finds a mysterious letter in his mailbox that’s signed by Papa (his wife’s pet name for God). The typewritten note invites him to visit the shack where his daughter died. Out for vengeance, Mack arrives at the remote location and is met by human personifications of the Christian trinity: an African-American woman is God (the aforementioned Spencer), a Middle Eastern carpenter is Jesus (Alush), and an Asian woman (Matsubara) is the Holy Spirit. They talk a lot about why bad things happen to good people and why God declines to interfere in human activities. The discussions are kind of interesting, although a bit circular and repetitious.

Avatar’s Worthington is adept at playing a tortured soul, but his American accent and dramatic range are both wanting in this movie. Tim McGraw plays Mack’s neighbor, and narrates the story – which inadvertently throws into question the entire drama since there’s no way his character could know about the traumatic events that occurred during Mack’s childhood as well as the curious events that take place at the shack. As usual, Octavia Spencer is game, and her God the Father has a playful lightness of spirit. Also to the film’s credit is its willingness to dip into the deep end of dark matters instead of shying away from harsh truths and hard-earned faithlessness. Still, The Shack plods toward the Almighty – even when its characters are walking on water. 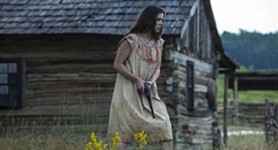