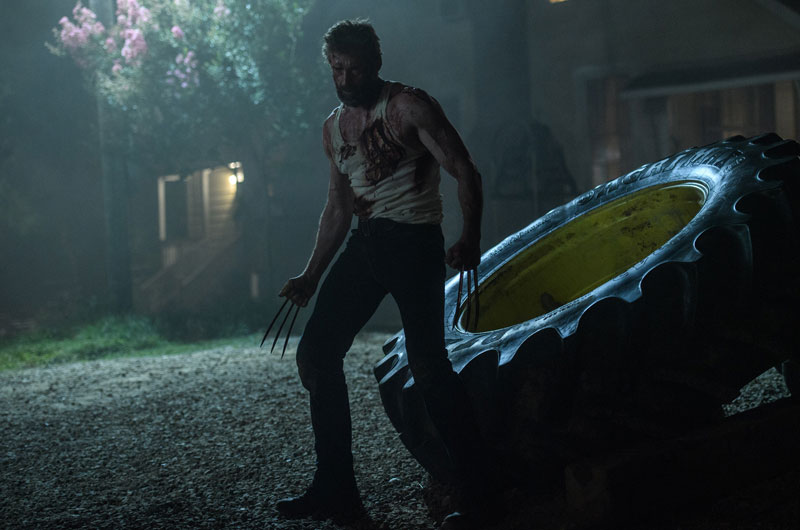 Saving the world is arguably a young man’s game, and Wolverine (né Logan) is getting a little long in the tooth. Despite his mutant ability to heal rapidly from all manner of bodily injury, in the year 2025 he has a permanent limp and requires reading glasses. When a distraught woman begs him for help – “Necesito un héroe!” – he snarls back, “Get the fuck away from me.” It’s an instructive moment. Firstly, this is the first X-Men movie to make regular use of the F-word (the film feels so fondly about the word I half-expected Logan to get it tatted inside a heart on his still-formidable bicep). Secondly, it signals the beginning of the end of Logan’s run. Frankly, we’re all going to have to learn to live without Wolverine, because Hugh Jackman has announced he’s retracting the adamantium claws for good.

Assuming that decision holds, then Logan is his swan song, and he deserves to get his feathers fluffed for this ninth and last embodiment of the gruff, growling Wolverine over the course of 17 years. As light on his feet as he is as a musical-comedy showman, Jackman is perversely even more pleasurable when he’s popping neck veins from the effort of heavy drama. Returning director James Mangold helmed Jackman’s last stand-alone Wolverine picture – a far slighter thing – and supplied for Logan the story idea as well as co-wrote the script. Critically acclaimed for his Man in Black biopic Walk the Line, he seals Logan with a gravitas kiss by way of Johnny Cash’s biblically-minded “The Man Comes Around” as exit music, but Mangold’s 2007 remake of the classic Western 3:10 to Yuma bears mentioning, too. With his latest, Mangold explicitly references another classic, Shane, and more generally the genre, which is moony for terse, haunted gunslingers and violent shoot-outs.

Leaning hard into its hard-R rating, Logan is plenty violent. (Please don’t take your youngsters to this movie. They may be cool with Wolverine’s claws puncturing multiple skulls, but you shouldn’t be.) The gruesomeness of the violence depicted here is unsettling, but more than that – it’s dispiriting. That’s by design. Grimness is exactly the look the filmmakers are going for, an effect achieved more convincingly via the script’s current socio-political shadings (Big Pharma, dangerous border crossings, and fear of otherness are all instrumental to the plot) and its consequential universe of no take-backs and no pretending that “collateral damage” is just an anonymous, sad-something to pay passing lip service to – fairly rare in superhero stories.

But even more singular in the comic-book movie canon is the richness of the relationships in this three-hander. Logan forces Wolverine out of his preferred loner persona and into two surrogate roles: as a father figure to a runaway (played by newcomer Dafne Keen, who possesses a perfect scowl) and, even more movingly, as a kind of son to the aging Professor Charles Xavier (Stewart), who is losing his mind. Coming in and out of lucidness, Xavier skips the needle between irritableness, profound guilt, and sincere affection for his former pupil. Wolverine reacts in kind, with the same devotion and sputtering-fumes stress of any adult child who has turned caretaker to an ailing parent. And there is such care there. I liked Logan not because of its grisliness, but despite it. And in erratic, passionate bursts, I loved Logan, for the tenderness of Wolverine and Xavier’s long goodbye to each other, and to us. 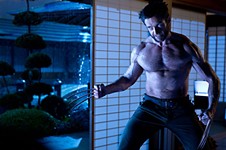