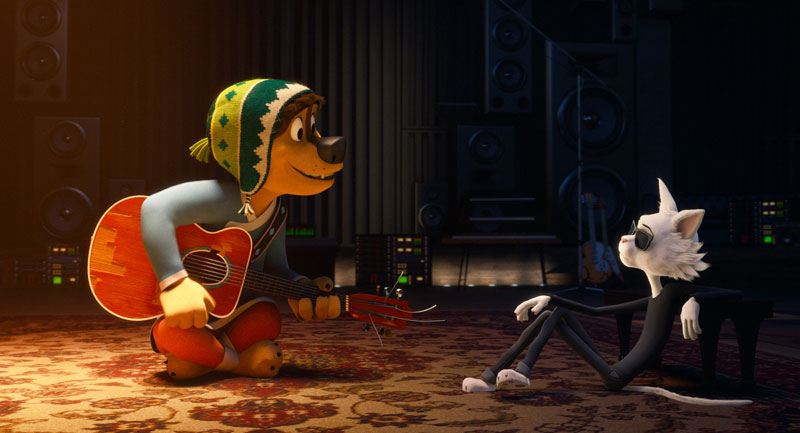 Just like Jenny, in the anthemic song written by Lou Reed and performed by the Velvet Underground and so many other bands, Bodi’s “life was saved by rock & roll.” Bodi (voiced by Wilson) is this animated film’s titular rock dog, a young Tibetan mastiff who lives on Snow Mountain, where he and all the other dogs guard the village’s wool-making sheep from invasion by a predatory wolf pack. Bodi’s father Khampa (Simmons) rigorously trains the young pups in their protective tasks, and banishes all music and other activities that are extraneous to the all-paramount defense of Snow Mountain. Then one day a radio falls from an airplane passing overhead, and the music it emits changes Bodi’s life forever. It takes only a few power chords for the young dog to hear his calling. Now, in order to pursue his dream of rock-star glory, Bodi must defy his father’s wishes and move to the big city, a plot dynamic even older than The Jazz Singer, the film that introduced cinema to the talkies.

Although the plot is thin, Rock Dog nevertheless charms with its engaging central characters and unencumbered storyline. The animation is unexceptional, but by keeping its focus on the characters, the artwork remains perfectly acceptable. The wolf pack that’s itching to conquer Snow Mountain seems like an unnecessary subplot but is kept to a minimum, depicting them as a big-city mob enterprise headed by Linnux (Black, who mostly shouts into a phone receiver). Fleetwood Yak (Elliott) is the mountain’s wise elder, who narrates the story. The friends whom Bodi bonds with once he arrives at Rock and Roll Park, a freewheeling buskers’ paradise in the city, are a winsome mix of sweet and sour: bass-player Darma (Whitman) and stoned drummer Germur (Garcia) become concerned friends, while obnoxious lead guitarist Trey (Dillon) is a hilarious send-up of a rock & roll egotist. But most of the jokes go to the story’s rock god Angus Scattergood (Izzard), a cat who lives in a mansion on a hill and is currently suffering from songwriter’s block despite his massively successful previous output. With naive temerity, Bodi invades Angus’ seclusion, seeking advice and guitar lessons, and following some initial skirmishes, a song is born.

Perhaps even more interesting than Rock Dog’s “be true to yourself” affability is the story behind the making of the film. The movie is based on a graphic novel by Chinese rock musician Zheng Jun, and is a Chinese/American co-production. Financing came from China, although it was produced as an English-language project and made in America. Released last summer in China, Rock Dog became the victim of an unrelated battle between distributors, which had the effect of canceling most of its screenings. Hoping to start afresh with this U.S. release, Rock Dog should be able to snarf up some box-office kibble on these shores. For every kid harboring dreams of rock stardom (and I suppose that’s every one of them), Rock Dog pleasantly unleashes the fantasy. 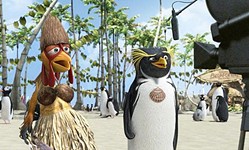 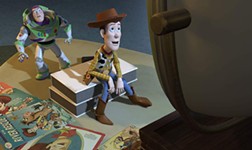 Toy Story 2
The title says it all: If you (or your kids) loved Toy Story, you'll like Toy Story 2 as well. Just don't expect any big ...