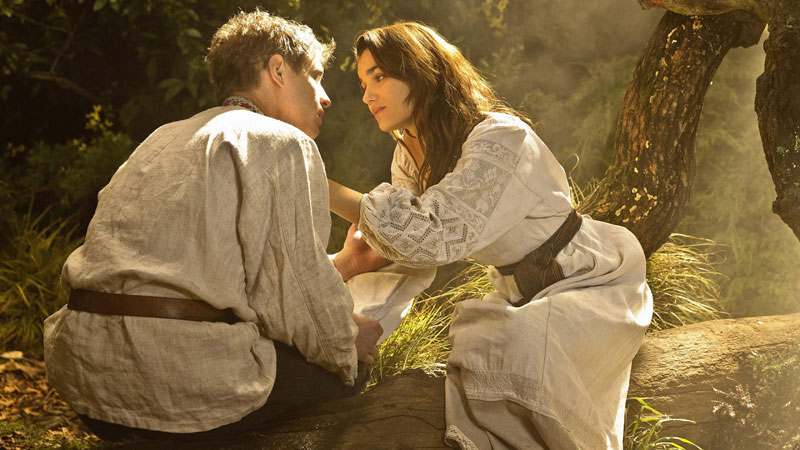 Ukraine has been much in the news of late. Vladimir Putin’s annexation of Crimea and the resulting ongoing political skirmishes and decidedly non-pro-Ukraine Russian intentions have (one hopes) brought the country back into the minds of freedom-loving peoples everywhere. Not so much in the U.S., where the bizarre love triangle between President Donald Trump, Putin, and President Donald Trump is keeping late-night television hosts in the dystopian comedy pink while the rest of the world gnaws its nails to the quick. The period drama Bitter Harvest initially has the feel of anti-Russian propaganda, but in truth, it’s a history lesson wrapped up in a romance, gallows grim but far too often unnecessarily heavy-handed in a way that drives home the factual historical horrors it portrays while somehow managing to feel like a sizably budgeted but no less maladroit television movie of the week.

Set in a picturesque peasant farming community just outside of Kiev, Bitter Harvest sets up a fated-at-birth (okay, adolescence) love story between Max Irons’ Yuri and his childhood sweetheart Natalka (Samantha Barks). Foreshadowing arrives early on during a traditional “Will I get married?” ritual as Natalka’s candlelit crown drifts across a midnight pond and then sinks without a trace while an old crone averts her gaze. So, clearly, things are not going to end well, but just how bad the situation becomes is only made clear in the real world after the fall of the Soviet Union in 1991.

As it happens, the unsuspecting young lovers are about to fall victim to Stalin’s mass-murdering collectivism of 1932-33, during which Bolshevik soldiers confiscated the whole of the Ukrainian wheat harvest, leaving the entirety of the nation to starve to death, a U.N.-recognized catastrophe known in its native tongue as Holodomor, or “death by hunger.” Estimates of the dead range wildly from 2.5 to 10 million, making this one of the most extreme state-sanctioned acts of terror in human history.

The peasants revolt, of course, although their sabers and farm implements are no match for Stalin’s killers, who mow them down with belt-fed machine guns when they’re not shooting priests in the head. The great Terence Stamp (The Limey) gives a typically fine performance as Yuri’s grandfather, a legendary warrior who can still ride a stallion sidesaddle when called upon to battle it out with the Bolsheviks, but even he cannot save Bitter Harvest from its many inherent flaws, which include some ridiculously mawkish cinematography from the usually fantastic Douglas Milsome (of Kubrick’s The Shining and Full Metal Jacket fame) and the inescapable fact that the 90-plus-minute running time is simply too brief to allot enough time for character development, much less a comprehensive overview of the epic tragedy that surrounds the doomed love story. This would have been far more effective had it been an actual, binge-worthy Netflix/Amazon/Hulu series, although goofy acting kudos to Gary Oliver’s portrayal of Stalin as a mustache-twiddling villain straight out of the Snidely Whiplash zone. 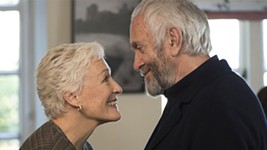 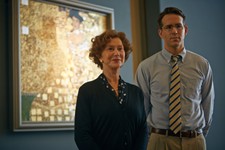