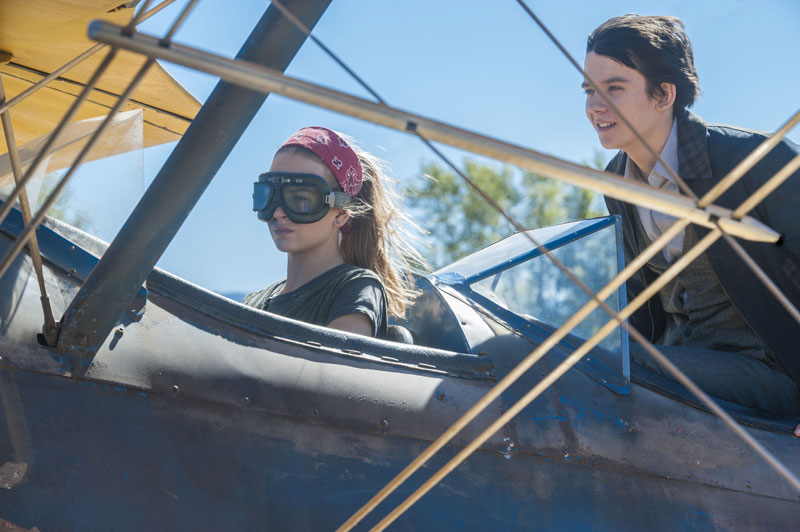 The Space Between Us

Aiming for a star-crossed young lovers story – something along the lines of The Fault in Our Planets – The Space Between Us is more a gaseous sphere than a celestial body. So bloated with preposterous happenings and ill-conceived narrative trappings is this film, that it will most likely self-destruct upon exposure to Earth’s atmosphere (unless it skids to a halt on a greasy trail of popcorn butter).

The science is murky in this science-fiction teen romance, and the direction by Peter Chelsom (Hear My Song, Hector and the Search for Happiness) and screenplay by Allan Loeb (Collateral Beauty, one of the more preposterous films of 2016 – note a common thread here?) do nothing to help clarify facts as simple as what year it’s supposed to be at any one point. (For example, although the bulk of the story is set at least 16 years in the future, everything on Earth looks exactly as it does in 2017, except that laptop cases are now made of Lucite.)

Gardner Elliot (Butterfield) is a procreative mistake. He was born on Mars to a mother who was the ship’s captain and only female on a mission to Mars, where NASA, along with Nathaniel Shepherd (Oldman), a rich visionary investor (think cross between Richard Branson and Elon Musk, but played by an actor who chews more scenery than an army of goats), have established a Martian outpost called East Texas. Gardner’s mother discovers she’s with child two months into the flight and dies on Mars during childbirth. If you thought that NASA might require pregnancy tests of its astronauts or even consider the possibility of abortion as a solution, you’d be colder than the temperature on the Red Planet. The scientists’ reasoned solution is to bring the fetus to term and then keep the child’s existence a secret from the world. It’s necessary for Gardner to remain on Mars because the planet’s lack of gravity causes his bones and heart to be unable to withstand the atmospheric pressures of Earth.

Cut to 16 years later. Gardner is now a typical teen, who has been raised by astronaut/surrogate mother Kendra (Gugino) and whose only companion is a robot (voiced by Chelsom). Gardner longs to go to Earth, where he has forged an online friendship with Tulsa (Robertson), a teenage foster child living in Colorado. Hijacking a spaceship, Gardner fulfills his dream of becoming a kid who fell to Earth, and once there, escapes the medical ward to embark on a road trip to Colorado, and from there, he and the extremely resourceful Tulsa engage in more road-tripping to find Gardner’s mystery father. However, anyone paying attention won’t have any trouble figuring out who that man is.

There is a certain sweetness to this teen romance and Gardner’s naive fascination in the newly discovered wonders of Earth. But there is so much that is dopey, on both a scientific and emotional level, that The Space Between Us strikes with the impact of a crash landing. 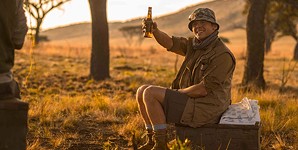 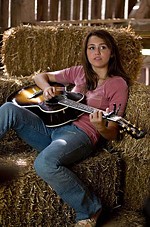 Hannah Montana: The Movie
"Pop it, lock it, polka dot it," sings Miley, while also learning worthy messages about responsibility to family, community, and Mother Earth.