I Am Not Your Negro

When the great author, essayist, and public intellectual James Baldwin died in 1987, he left behind 30 pages of an unfinished manuscript that was to be titled Remember This House. The book was to be a personal account of the assassinations of his friends Medgar Evers, Malcolm X, and Martin Luther King Jr., which occurred over the course of five years (1963-68). As Baldwin wrote to his literary agent in his book proposal, he wanted “these three lives to bang against and reveal each other, as in truth they did, and use their dreadful journey as a means of instructing the people whom they loved so much, who betrayed them, and for whom they gave their lives.” Now, 30 years after Baldwin’s death, Raoul Peck, the Haitian filmmaker of features and documentaries, has brought Remember This House to more-than-satisfactory fruition with the film I Am Not Your Negro. The film uses the words of Baldwin’s manuscript (narrated by screen great Samuel L. Jackson in his natural voice, copying neither Baldwin’s lyrical cadences nor the fiery oratorical delivery for which the actor has become well-known) to explore the genesis and depths of America’s so-called “Negro problem.”

Peck blends an array of historical and contemporary footage, film and television clips, still photographs, written words onscreen, and music with Baldwin’s words to excavate the roots of America’s self-perpetuating fantasy of itself. Baldwin’s language, always greatly admired by other writers, still comes through with its pinpoint precision, mellifluous rhythm, and stirring undertow. An avid watcher of movies, Baldwin cites many examples of the complexity of screen identity, which are supported by Peck with film clips that delve deeply into the images of such figures as John Wayne, Doris Day, Harry Belafonte, and Sidney Poitier, among others. Peck also employs a great deal of historical material from the Sixties, which document the marches, riots, and political movements of the era, as well as the commonalities and differences among the three murdered leaders who are the intrinsic subject of this study. Baldwin calls out his country’s “moral apathy,” and how it is the responsibility of witnesses to get the story out. Peck enhances the archival material with fresh images of the racial offenses shoved into public light by the recent Black Lives Matter movement, which, despite lending I Am Not Your Negro a contemporaneous context, also permanently fixes the film in time (perhaps to its long-term detriment).

Ideas and their visual illustrations come at the viewer in a cascading torrent. The editing by Alexandra Strauss deserves its own recognition for its painstaking exactness. Never a Black Muslim or Christian, a member of NAACP or the Black Power movement, Baldwin had an acuteness of vision that was distinctly his own and never the party line. He is a writer whose work belongs on every bookshelf in America, and now with I Am Not Your Negro his words can be heard, too, on every movie screen in the land. This new essay might also be titled Even More Notes of a Native Son. 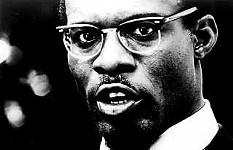 Lumumba
Peck's film is a fine, incendiary portrait of Congo's first freely elected prime minister, who arrived at his post in 1960 as the Belgians were finally exiting after 80 years of colonialism. – Marc Savlov

I Am Not Your Negro, Raoul Peck