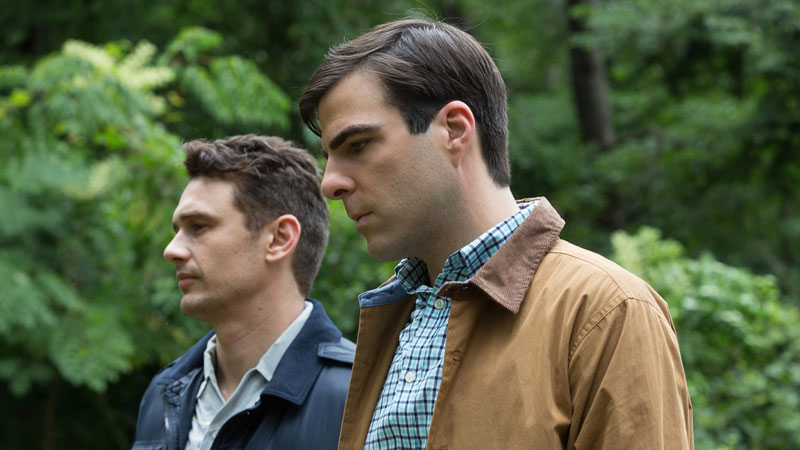 This even-handed biographical film about the transition of Michael Glatze from gay activist to heterosexual Christian pastor is an intentionally provocative work. Taking on the lightning-rod subject of gay conversion, I Am Michael presents its case study without judgment or deep scrutiny, and while there is something to admire in the neutral approach, it ultimately adds up to a flat and colorless film.

Starring James Franco as the real-life Michael Glatze, the film adds fuel to Franco’s self-promoted ambiguity over his sexual identity. Opening with a brief scene in which Glatze as a pastor meets with a conflicted teen, the film shifts back 10 years in time to 1998 San Francisco, where Glatze was the managing editor of XY, a magazine for gay male youth, and was living an out-and-proud lifestyle with his boyfriend Bennett (Quinto). An evangelist for gay pride, Glatze regarded that as his life’s work, even after he and Bennett move from San Francisco, include a young man named Tyler (Carver) as part of a functioning threesome, and travel the country shooting footage for a documentary about gay youth. It is during this journey that Glatze begins turning to the word of God and fruitlessly tries to reconcile his homosexuality with his growing Christian faith. After a dalliance with Buddhism, his fear of death and a series of panic attacks provide the final push he needs to answer God’s call. Eventually enrolling in Bible school, he finds a girlfriend (Roberts) and goes on to become the religious leader of his own church. The movie ends with a hint of the possible return of his panic attacks.

Based on the magazine article “My Ex-Gay Friend,” written by Glatze’s XY colleague Benoit Denizet-Lewis, I Am Michael was scripted by Stacey Miller and Justin Kelly, who also directed. The material was suggested to Kelly by executive producer Gus Van Sant, and is Kelly’s debut feature (which is being released after his second feature, King Cobra). Too much of the film is told via Glatze’s voiceover rather than shown through interactions with other characters. An overbearing music score by Tim Kvasnosky and Jake Shears also weighs down the narrative. The performances are uniformly good and Kelly’s effort to tell an unbiased story is admirable, but I Am Michael ultimately delivers more in the way of talking points than drama. 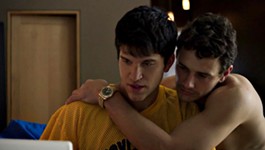