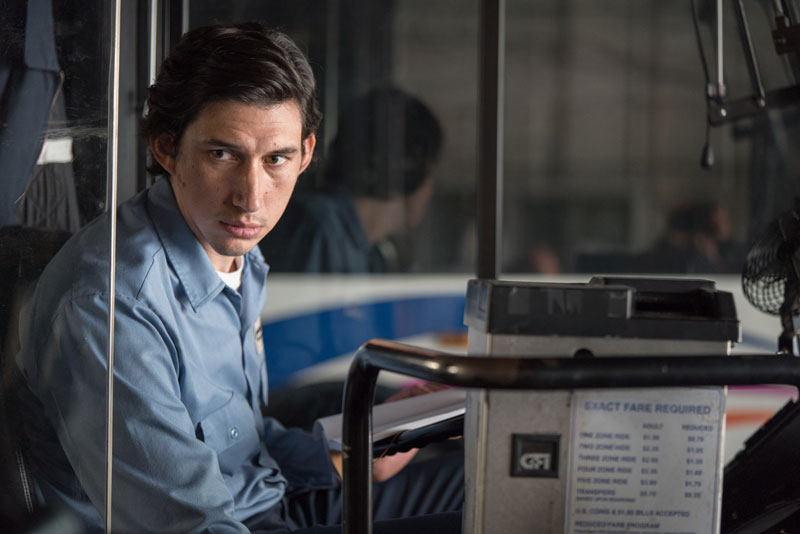 Jim Jarmusch’s Paterson is infused with the poetry of the quotidian, and defying the odds against this type of endeavor, Paterson is also one of the maverick filmmaker’s most accessible films. Not only is it a film about a poet, Paterson transcends its story to become a work of poetry itself. The movie, which takes place over the course of a week, adopts the rhythms of daily life, locates intensity in placidity, and reverberates throughout with echoes and elaborations on things previously referenced.

For example, the film is set in Paterson, N.J., an industrial town long associated with such poets as William Carlos Williams (known for, among other things, his epic poem Paterson) and Allen Ginsberg. The film’s central character also bears the name Paterson, and is portrayed by Adam Driver in a deeply soulful performance. Paterson, the man, is a city bus driver who composes verse in his head while eating his breakfast cereal and walking to work. He commits it to notebooks in his idle time while waiting for his shift to start or during his lunch breaks spent by the city’s waterfalls that provide the energy upon which the region’s economy was built. He writes for himself and shares his poems with no one but his partner Laura (Farahani), with whom he shares his life – which is appropriate since even a poem about boxes of matches turns out to be a love song. Paterson and Laura could not be more different: He is the dutiful soul who rises predawn to his own inner clock and dutifully walks the couple’s passive-aggressive English bulldog Marvin every evening while stopping for one glass of beer at his favorite bar during the route; she is a creature with a bold artistic streak who changes her life ambitions on a nearly daily basis. Their relationship shouldn’t work, but they are each other’s ballast, much to Marvin’s chagrin.

Each section (or should it be stanza?) of the film is introduced by the day of the week, beginning with Monday and continuing through to the next Monday. Much of Paterson’s day repeats the same routines, and we become intimately familiar with the repetitive meter. When things over which he has no control skew the meter, Paterson also finds his life out of step. The stunning camerawork and expressive lighting by Frederick Elmes (Blue Velvet; River’s Edge; Synecdoche, New York) add further dimensions to Jarmusch’s storytelling, and the original music written and performed by Carter Logan, Sqürl, and Jarmusch lend Paterson a noodling quality that provides an aural equivalent to the reworking of lines of verse. In the end, I fear all my leaden talk of poetry only dishonors Paterson and chips away at its elevation of the ordinary. So tune out my verbiage and heed this siren’s call. 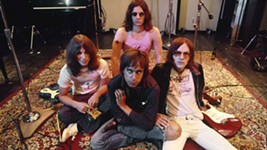