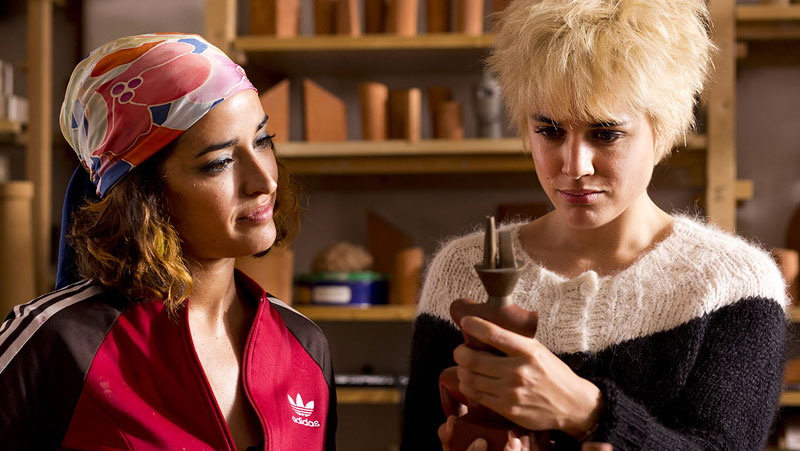 The generous folds in a billowy crimson dress undulate like a beating heart in the virtuoso opening shot of Julieta, Spanish auteur Pedro Almodóvar’s mournful adaptation of three short stories written by Nobel Prize winner Alice Munro, each focusing on a woman named Juliet Henderson at different times in her life. Almodóvar’s seamless screenplay transposes Munro’s Canadian setting to his native country, and expands upon her Chekhovian narratives by linking them thematically through elements of grief, guilt, and loss. Like his humanist masterpiece All About My Mother, the film is a testament to the fortitude of maternal love. In sharp contrast to the earlier film, however, Julieta features no HIV-positive nuns, transsexual prostitutes, drug-addicted actresses, or cross-dressing fathers orbiting its central female character, a classics literature instructor touched by tragedy three times over the course of the film’s 30-year span. Straightforward and yet emotionally complex, the film is Almodóvar’s most sobering work to date, a mystery about a daughter’s abandonment of her mother without explanation. The disciplined narrative of his 20th feature film is, in some ways, as shocking as the outrageous reactionary politics of his early post-Franco films, which exploded in a rainbow of candy-colored hues. Here, the recurring (almost relentless) red-and-blue motif in the film’s design demonstrates a more tempered use of color to adorn a narrative steeped in sadness. One thing about this extremely talented artist: He never sees anything in just black-and-white.

Back in the heyday of the Hollywood studio, Julieta would have qualified as a “woman’s picture,” a female-centric melodrama with weepy overtones. Time and time again, Almodóvar has forged a simpatico connection with the actresses in his films, starting with his first muse, the unforgettable Carmen Maura. Here, he uses two women to play Julieta (an homage, no doubt, to fellow countryman Luis Buñuel’s sublime That Obscure Object of Desire): Ugarte, as the younger version of the character, and Suárez, as the older version. Both are superb. The almost identical way in which each wears the character’s inconsolable anguish on her face is eerie. When Almodóvar transitions from the younger Julieta to the older to evoke the passage of time, using nothing more than a bath towel, you marvel at the assuredness of his simple technique. The conjuror may not perform (for now, at least) the outlandish tricks that once bedazzled us, but he’s still no less a man of magic. 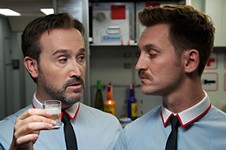