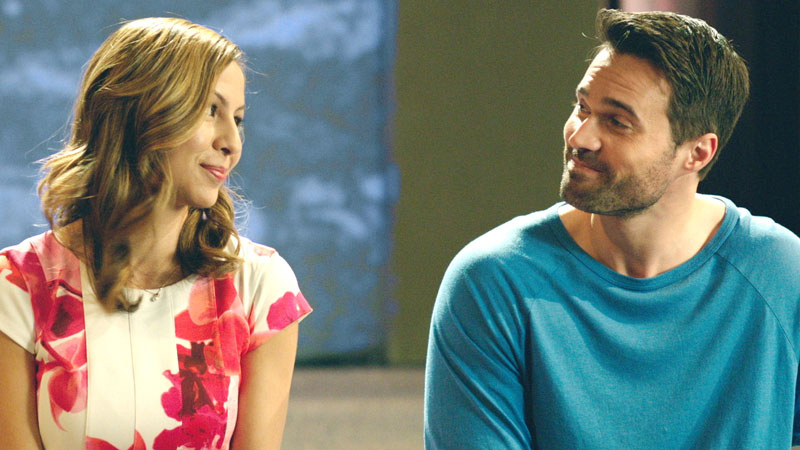 The Resurrection of Gavin Stone

God save us all, cineaste sinners we, from faith-based filmmaking that rarely if ever deviates from the approved, modern evangelical template. If Carl Theodor Dreyer’s boundlessly soulful 1928 masterpiece The Passion of Joan of Arc were released today, it would scorch the vestments of the creators of the mediocre family fare that subs for genuine exploration of faith in contemporary Christian cinema. God and the passion thereof is – or should be – awesome, as in “that which induces a state of awe.” There’s been a handful of daring and more spiritually challenging New Testament offerings within recent memory – Ewan McGregor as both Jesus and Satan in Rodrigo García’s Last Days in the Desert, and Paweł Pawlikowski’s Oscar-winning Ida, not to mention Martin Scorsese and Mel Gibson’s combustible forays into Christian mythology and themes. Still, when it comes to “faith-friendly family viewing,” the name of the game, for now at least, remains lame.

No small part of this comes from a borrowed-from-television, rom-com-ish story device that combines the plight of a non- or lapsed believer finding his mortal options running low and, by act three, discovering the healing power of Christ through good works and communing with true believers, often with a meet-cute, pseudo-romantic subplot tacked on for extra verisimilitude. (God is love, apparently, but not sex.)

The Resurrection of Gavin Stone, from Vertical Church Films and the Trump-backing, Chicago-based Harvest Bible Church, takes those tropes and runs with them, but not far enough to make much of an impression. Brett Dalton (Agents of S.H.I.E.L.D.) plays Stone, the former actor, now a hard-partying beefcake whose latest escapade lands him back in his hometown working off 200 hours of community service and living with his estranged, widowed father (Flynn). Once ensconced in his new position as church gofer, he figures why not play along and pretend to actually be a servant of the Lord, thus hopefully lightening his workload. As it turns out, the resident hot church lady, Kelly (a winning Johnson-Reyes) is sussing out the casting for the congregation’s annual play, and who better than a vainglorious actor to audition – and win – the role of “the sinless Son of God?”

As Stone’s obvious ignorance of modern, megachurch Christianity threatens to undo his scam at any moment – at one point he’s floored by the discovery that church services now include electric guitars – it slowly dawns on him that maybe these Jesus folk have cottoned onto something. Also, his chances with pretty Kelly and the possibility of mending fences with his perpetually irate pops might lay somewhere in the balance.

The Resurrection of Gavin Stone isn’t as exploitive as some recent Christian-based films – for that, check out 2014’s truly offensive Heaven Is for Real – and while it’s got its charms, it’s far from likely to bring in any new converts.