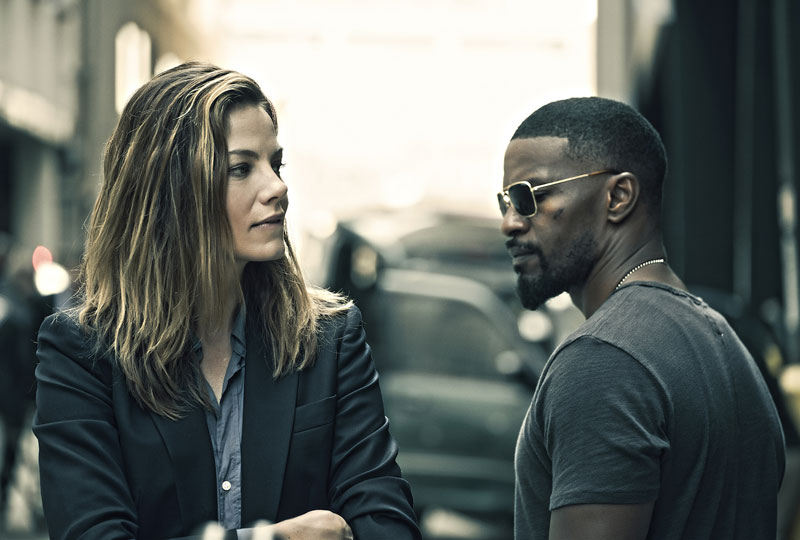 Something got lost in translation between the dandy French thriller Sleepless Night from 2011 and this generic American remake. Following essentially the same plot and setting as the original, Sleepless rarely resembles the taut spectacle that made the French film so special. Sleepless is a passable thriller, but it won’t keep you up for nights.

Jamie Foxx is the story’s central character Vincent Downs, a Las Vegas detective who, with his partner (T.I.), is on the trail of a drug syndicate. Jennifer Bryant (Monaghan) is an Internal Affairs detective who suspects that Vincent is a dirty cop and attaches herself to his trail. While driving his son Thomas (Johnson) to football practice, the teen is kidnapped and held for ransom by drug dealer and casino owner Stanley Rubino (Mulroney), who in turn owes drugs to the Novak crime family, represented by its nasty No. 1 son (McNairy, who is quite effectively sinister). The bulk of the film takes place within the casino during an all-night cat-and-mouse chase involving numerous parties. A couple of set-pieces that take place on a crowded dance floor and in a spa pool are well-executed, and the film also has its share of shattered casino glass shots and car crashes.

Apart from McNairy, the performances are largely lifeless. The usually charismatic Foxx exudes little of his usual snap, and Gabrielle Union as his character’s ex-wife has little to do but hold a phone receiver and berate Vincent over the whereabouts of their son. The 95 minutes it takes for this sleepless night to unfold onscreen feel tedious rather than breathless. One character’s machinations continually lead to the next, but the events merely seem sequential instead of spontaneously organic. Sleepless remains in the memory like a half-remembered Ambien dream. 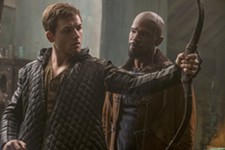