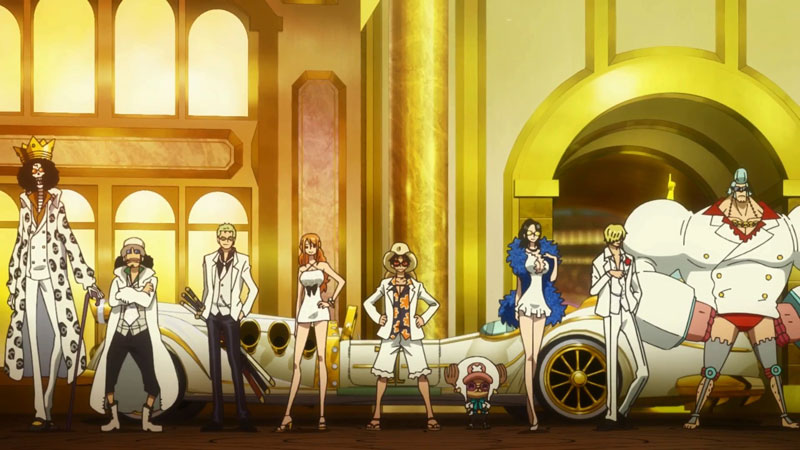 To date, there’s been a baker’s dozen of feature films based on Eiichiro Oda’s hugely popular manga series, so if you feel like you’ve stepped into the middle of a universe with pre-existing characters, backstories, and impenetrable motivations, you have. I’m a newcomer to the world of One Piece myself, but barring befuddlement, this film rocks the classic, convoluted, and insanely colorful world of traditional action-comedy anime. If your best-loved Japanimation character remains the Totoro next door, chances are this new chapter in the One Piece Film super-saga – the first film in the series came out in 2000 – will leave your head spinning. So much plot is crammed into the film’s relatively lengthy 120 minutes that it can be downright confounding trying to figure out who’s a good guy and who’s the villain, but after the expeditionary overload of the first act, it becomes apparent that our heroes are the motley band of the Straw Hat space pirates led by Captain Monkey D. Luffy (Clinkenbeard).

After docking with gargantuan, Mos Eisley-on-a-Trump-trip entertainment ship the Gran Tesoro, Luffy and his crew find themselves embroiled in a battle of self-consuming greed (their own, and that of the space city’s gold-maddened Emperor Gild Tesoro) while the fate of the future hangs in the balance. Giant Venus flytrap creatures and speed lines ensue. Toei Animation has done their usual bang-up job on the 2-D animation, filling nearly the entire running time with skirmishes, melees, and battles royal beyond compare. While you might not grasp the significance of everything going on here – this is the 13th movie in the series, but who’s counting? – the subtext of a golden city ruled by a powerful elite who keep the masses down at ground level in relative bondage echoes, possibly unintentionally, the fact that One Piece Film: Gold had its world premiere at the Emirates Palace hotel in Abu Dhabi. Irony, good for the blood and also good for futuristic Japanese fantasy films as well. 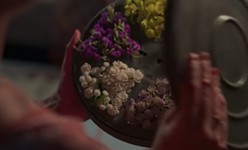