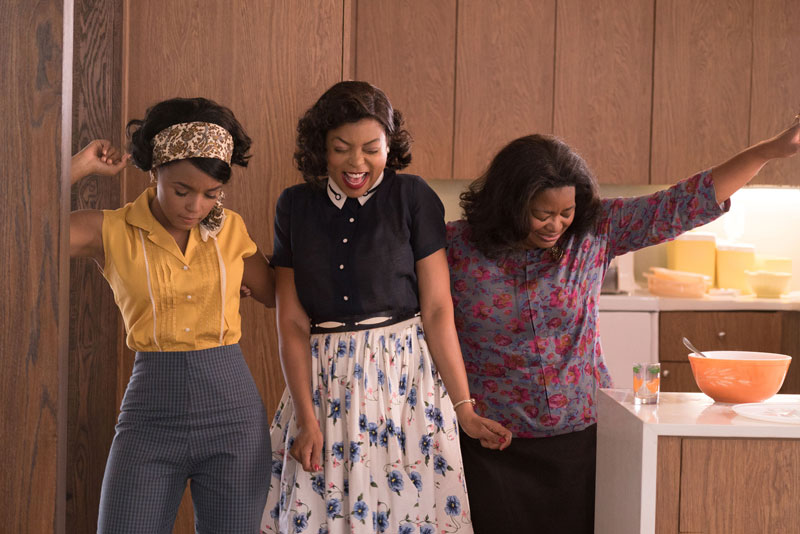 Delightful, informative, and engaging, this story about the black women mathematicians whose work helped NASA launch the first manned vessels into orbit reveals as much to us about the present-day state of women and African-Americans in the workplace as it does for the little-known pocket of history it uncovers. Based on the book Hidden Figures: The American Dream and the Untold Story of the Black Women Mathematicians Who Helped Win the Space Race by Margot Lee Shetterly, this inspirational story not only exposes heretofore unknown history, but also makes apparent how little things have changed in terms of STEM education for young girls and children of color since the Sixties Space Race between the U.S. and Russia during which the events of the film take place.

Back in the days of mainframes, before computers became compact household commodities, the word "computer" was mostly used to describe a category of workers: those who performed mathematical calculations. Loads of them were employed at NASA, which was based in Langley, Va., during its early years. A great many of these human computers were women, who were assigned to check the calculations of the male scientists and engineers designing America’s spacecraft. And within that group there existed a segregated division of African-American women, three of whose accomplishments are outlined in Hidden Figures. Their story is one of overcoming not only the endemic racism of the period, but the sexism as well. In addition to seeking equality as the only females in a room full of male skeptics, the women also had to battle the effronteries of their racially prejudiced colleagues, as well as unique problems such as how to take a bathroom break in a reasonable amount of time when it was necessary to clamber across campus in all kinds of weather to use the segregated facilities, or how to take the university night classes required for advancement when your race is prohibited from attending the school.

Taraji P. Henson, Octavia Spencer, and Janelle Monáe portray the three women at the core of the story, and each actress creates a captivating character. As the math prodigy Katherine Johnson, Henson plays both nerdy and feisty; Monáe is Mary Jackson, whose ambitions are stymied by her race, sex, and beauty; and Spencer is the computers’ supervisor Dorothy Vaughan, who creates her own path to advancement by realizing the potential of the new IBM mainframe and making herself indispensable by learning on her own how to master it. Kevin Costner perfectly nails the Sixties look as Johnson’s mission-driven boss, Jim Parsons takes on the thankless role as the unit’s most demonstrable racist and sexist scientist; Kirsten Dunst adds some nice texture to her role as Vaughan’s supervisor, who repeatedly deflects Vaughan’s requests for advancement; and Glen Powell makes for an amiable John Glenn, an astronaut who doesn’t care about the sex or race of the computers, as long as their work is accurate. Monáe and Mahershala Ali (who both appear in Moonlight) come away big winners here, each of them delivering fine performances in their second notable screen roles of the year. Pharrell Williams is also on board as one of the film’s producers and original songwriters.

While Hidden Figures is likable and illuminating, it is, nevertheless, routine and predictable. Director Theodore Melfi manages to tamp down some of the sentimentality that crept into his previous film St. Vincent, while maintaining the film’s buoyancy. Yet there is nothing surprising or distinctive about the actual filmmaking. Competent and heartwarming, Melfi’s technique seems better suited to the TV-movie-of-the-week format than big-screen storytelling. Still, this affecting story of reclaimed history is something to enjoy and celebrate with family members of all generations. 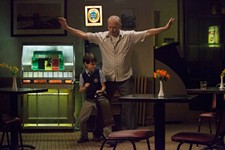 St. Vincent
Bill Murray plays a hard-hearted grouch who warms to his new neighbors – Melissa McCarthy and her young son.