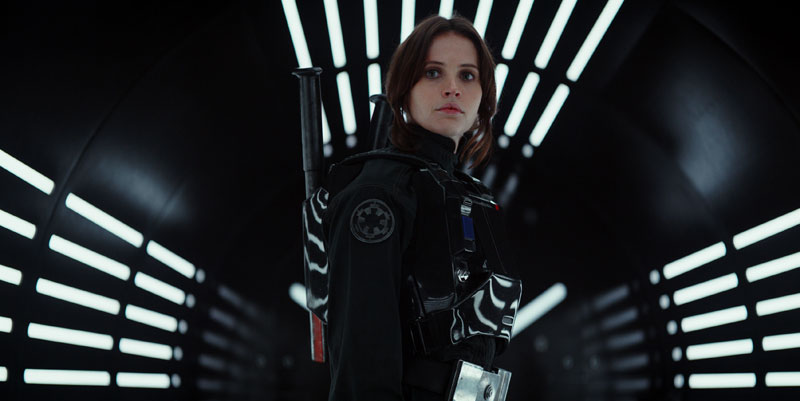 Rogue One: A Star Wars Story

I had a bad feeling about this, the first stand-alone spinoff of George Lucas’ revered Star Wars saga, but it turned out it was just something I ate. Because Rogue One kicks ass in all the right ways. Like an Imperial Star Destroyer, it starts off slow and somewhat clunky, but by the time the mind-blowing third act arrives, it’s all a fan can do not to stand up and cheer.

Rumors of extensive reshoots by director Gareth Edwards (Monsters, 2014’s Godzilla) had people wondering if the Force was falling apart in the wake of J.J. Abrams’ 2015 The Force Awakens sequel. Not to worry. The premise here – the canny script is credited to Chris Weitz and Tony Gilroy – takes a single sentence from the original 1977 Star Wars screen crawl that referred to rebel spies stealing the plans for the Death Star and fleshes it out into a 133-minute meditation on (a new) hope, loyalty, and freedom from tyranny that’s now more contemporary than ever. Jones is Jyn Erso, the daughter of Mikkelsen’s Galen, the brains behind the moon-sized planet killer. Recruited by a squabbling Rebel Alliance to lead a mission to discover the whereabouts of the Death Star’s schematics, Jyn and swashbuckling rebel Cassian Andor (Luna) and a breakaway band of renegade rebels leave the politics to the politicians and enter the fray against overwhelming odds. In this respect, Rogue One is at its heart a World War II suicide-mission movie with echoes of The Guns of Navarone and The Dirty Dozen, among others. A wealth of new characters are introduced, most notably Mendelsohn’s white-caped Imperial villain Orson Krennic, while a surprising – well, maybe not so surprising after all – number of eerily familiar faces also appear in a deuce of jaw-dropping reveals. To say much more would spoil the fun, of which there is plenty, but it should also be noted that Rogue One has a tearjerking abundance of heart, with a rousing finale that’s on par with The Empire Strikes Back. Granted, it does take a while to get the necessary first-act exposition out of the way – Edwards could have cut a solid 10 minutes out of the film without sacrificing anything too important – but as a satisfying Saturday afternoon popcorn matinee, you’re unlikely to find anything better this holiday season.

Space Invaders on a Shoestring Budget
The sneak attack of 'Monsters' 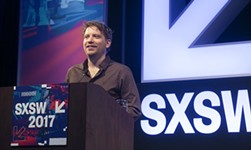 Godzilla
These monsters have more audience appeal than their human co-stars – which is good and bad.

Monsters
In this startlingly original indie film, a road trip combines with an alien invasion to remind us of our ageless fear of otherness.