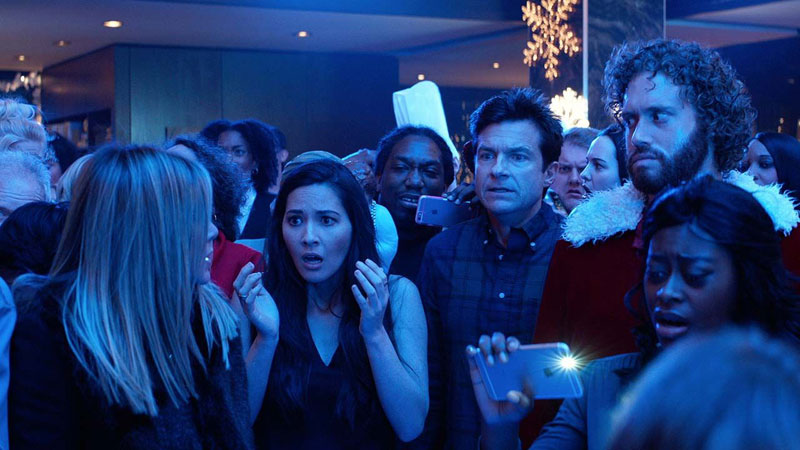 You’re going to have to sneak your own eggnog into the theatre if you are looking to catch a buzz while watching this holiday-season comedy. Do not count on Office Christmas Party to deliver a contact high. Yes, there are laughs to be had, but not the off-the-charts merriment promised by the title and the film’s expert cast of comic actors.

Well before a bag of cocaine is dropped into the office party’s snow machine, it’s clear that this comedy is not up to snuff. Populated by an array of the usual office types, the film has flashes of humor that can be mostly attributed to the actors’ riffs rather than any overall plotting. The directing duo of Josh Gordon and Will Speck (Blades of Glory) here reteam Jason Bateman and Jennifer Aniston, the stars of their last comedy feature, The Switch. Bateman plays Josh Parker, the chief technical officer at the Chicago branch of Zenotek, which is run by his pal Clay Vanstone (Miller). A classic man-child, Clay has inherited the branch office from his wealthy father, although his no-nonsense sister Carol Vanstone (Aniston) is above him as the firm’s CEO. Aniston plays a different kind of horrible boss in this film as compared with the one she plays in the Horrible Bosses comedies, which she also co-stars in with Bateman. Carol is the Scrooge of Office Christmas Party, putting the kibosh on the event in advance of firing 40% of the staff, including her brother.

In a last-ditch move to save the branch, Clay decides to throw a rager of a party in order to convince buyer Walter Davis (Vance) to purchase their servers, which would turn around the branch’s fortunes. A good portion of Chicago eventually winds up at the party, including Jesus and a donkey, Jimmy Butler of the Bulls, and a prostitute (Lee) giving hand jobs in the men’s restroom. Kate McKinnon brings her signature wackiness to the branch’s uptight HR director, Rob Corddry’s profanity-laced tirades make him an ironic customer-service manager, and Olivia Munn plays the programmer and love interest who comes up with an algorithm that saves the day. In supporting roles, Jillian Bell as a pimp and Fortune Feimster as a first-day Uber driver make strong impressions in their brief moments of screen time. Yet, in the end, Office Christmas Party is never as lively or hilarious as one hoped. Attendance is not mandatory. 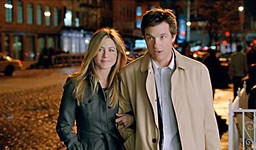