It’s telling that the critical kudos plastered all over the one-sheet for this documentary on England’s Britpop legends Oasis are, to a one, culled from the UK press. Brothers Liam (the obnoxious one) and Noel (the somewhat less obnoxious one) Gallagher formed “the biggest band since the Beatles” in music-mad Manchester in ’91 but despite breaking the Billboard Top 10 in the U.S. with 1995’s inescapable wedding/breakup anthems “Wonderwall” and “Champagne Supernova,” the band never fully earned full marks stateside. America has always been a hard sell for proper British acts – other than the aforementioned Fab Four – and the band’s rabid UK fan base, which at its peak echoed the die-hard commitment of FC hooligans in its sonic omnivorousness and unrestrained ecstasy, peaked with Oasis selling out legendary Knebworth festival grounds to a deafening chorus of 250,000 Britons. For fans and band alike, it was all (mostly) downhill from there. Director Whitecross wisely follows his subjects only up until that point, dispensing with a decade-plus of diminishing returns, drugs, sibling acrimony, drugs, and tabloid horror stories (re: drug use). For a brief moment Oasis owned the rock & roll world, and then they both burned out and faded away.

For fans, Oasis: Supersonic is a reminder of both the band’s musical strengths and of a simpler time for pop music in general, pre-internet and all that that implies. Whitecross has dug up a trove of footage of the Gallaghers as children and teenagers, dutifully interviewed their aged mother, and chatted up rhythm guitarist Paul “Bonehead” Arthurs, bassist Paul “Guigsy” McGuigan, and drummer Tony McCarroll. But because Liam and Noel would eventually become as infamous for their fisticuffs and personal invective as for the music they created, there’s both more and less of a Behind the Music vibe going on here.

The documentary is at its most interesting when focusing on Oasis’s skint and starving, rags-to-riches beginnings: their “virtually overnight” signing to legendarily provocative UK label Creation Records (already home to the likes of Primal Scream, My Bloody Valentine, and the Jesus and Mary Chain); the recording of their massive (those drums!) shot-across-the-bow single “Supersonic”; their first calamitous gig at Los Angelean landmark the Whisky-a-Go-Go. (At one point they also found time to record their most intimate and honest song, “Talk Tonight,” at Austin’s Congress House recording studio).

In the end, though, it’s all down to the Gallagher brothers’ Cain and Abel relationship. Musically, it allowed for wild flights of arena-ready, melody-heavy, gobsmacking rock & fucking roll, epic and then some. Beyond that, Supersonic tells a frankly familiar tale, charting the rapid rise and stuttering stoppage of one of the great UK moments in post-Thatcher history. Now, where’s that Blur documentary I’ve been promised? 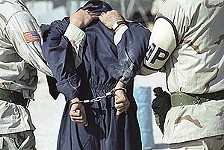 The Road to Guantánamo
...