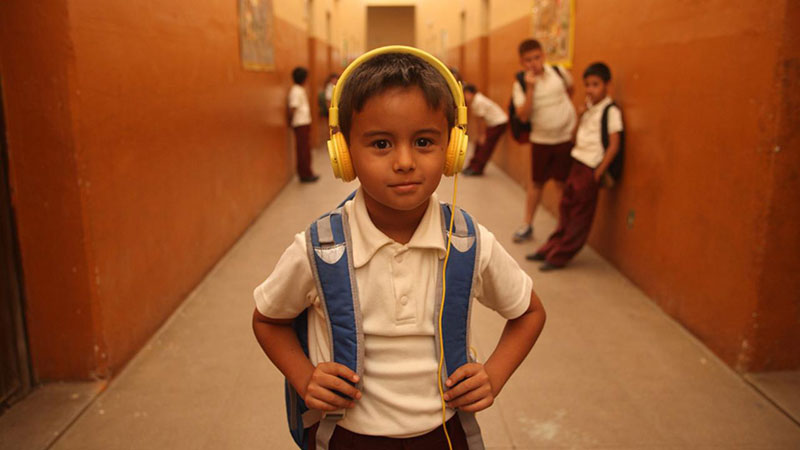 This family comedy from Mexico far surpasses the low expectations it sets for itself. Billed as a “heartwarming” story about a young boy who learns he is a gifted child with an IQ of 160, El Jeremías (or Jeremy in English) sounds like it will be another movie that mistakes precociousness for comedy. This is not the case, however. Jeremías (Castro) has real problems. He feels completely disconnected from his close-knit family, whom he callously regards as ignorant. He’s bored at school, and plagued by the question of what he wants to be when he grows up. Of course it should be something that employs his intelligence. He hangs up pictures on his bedroom wall of various geniuses he discovers on the internet: Albert Einstein, Jim Morrison, Marie Curie, Bobby Fischer, and so on. He tries out music to no avail, gets accepted into medical school but faints at the sight of blood, but finally finds a calling in chess, only to have his chess partner (an old man) leave Sonora for Spain, leaving him feeling all alone once again. Online, Jeremías discovers a psychologist who works with gifted children and pours his heart out in countless emails. But his would-be savior turns out to be an exploiter, so that avenue closes as well.

Nonprofessional Martín Castro is terrific as the young Jeremías: sweet and engaging, yet kind of obnoxious. He has a natural screen presence. Although a cutesy prologue is dead weight on the film, El Jeremías is buoyed by a delightful music track that delivers renditions of Doors songs and other tunes in a variety of faintly recognizable musical idioms. This is also the first feature film directed by Anwar Safa, and he is a definite talent to watch.