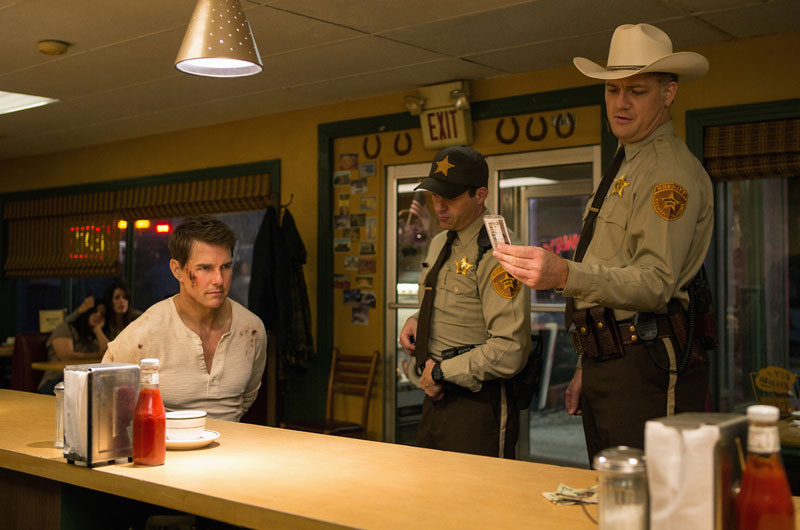 A retired major in the U.S. Army Military Police Corps, Jack Reacher (Cruise) roams around as a sort of vagrant vigilante. He’s off the grid until he smells trouble and pops up like a jack-in-the-box to investigate and slam some heads around. In Never Go Back, the second movie adaptation drawn from Lee Child’s 20-book series starring Reacher, he’s tasked with clearing the name of Major Susan Turner (Smulders), accused of espionage, and then his own, once he’s pulled into a conspiracy plot.

Produced by Cruise and adapted by director Edward Zwick (who last worked with Cruise on The Last Samurai), Zwick’s longtime creative partner Marshall Herskovitz, and Richard Wenk, Never Go Back is boilerplate action-thriller, filmed with an anonymous style and scripted so that characters talk in catchphrases. It clears the bar of competency, but what kind of recommendation is that? It’s a B movie that would have been better served dropping a couple more grades with the addition of sex and swagger.

As an action star – and action is all he seems to be doing these days – Cruise isn’t slowing down. Now in his mid-fifties, he’s shouldering two franchises – the long-running Mission: Impossible series and now these Jack Reacher movies. But is he having any fun? The mile-wide smiles come less easily, replaced by the gritted teeth of someone battling a migraine. I haven’t read Child’s Reacher thrillers; perhaps Cruise’s interpretation – punishingly self-serious, his whole body like a balled fist – is true to the books. Fidelity to source doesn’t make the performance any more interesting. Cruise owned the better part of two decades on the strength of his charisma. Why bury it like dirty underwear in the bottom of the hamper? 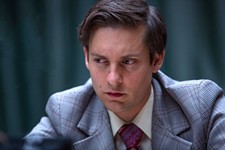