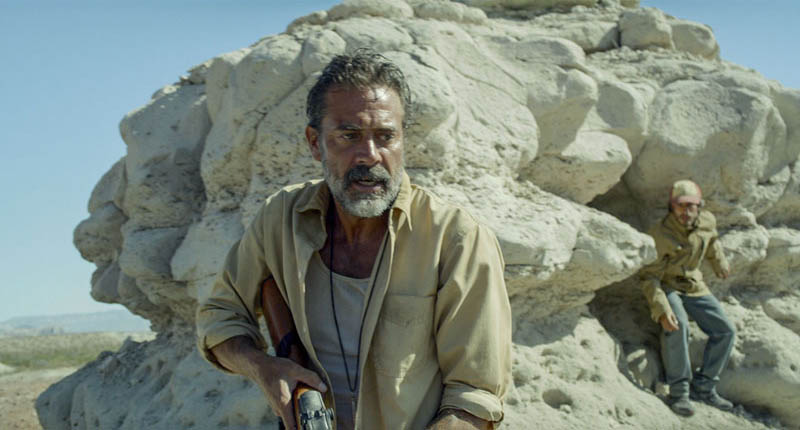 A lean, mean chase movie that plays like equal parts Donald Trump’s immigration policy, Steven Spielberg’s Duel, and Wes Craven’s The Hills Have Eyes, Cuarón’s desert-based take on The Most Dangerous Game is very much of the moment. It’s also, unfortunately, a one-note story populated with a handful of semi-anonymous archetypal characters. There’s tension aplenty and a last-minute sneak attack that recalls Roy Scheider’s desperate final gambit in Jaws, but the film is literally too lean for its own good. Once the bullets start flying and the immigrants start dying, you can pretty much guess where it’s all going to end up.

Clutching a teddy bear he has promised to return to his daughter (she’s already in El Norte) Bernal’s never-say-die Moises – get it? – leads a dwindling group of survivors across the starkly beautiful desert while attempting to keep out of sight of the nameless, gun-toting redneck in a beat-up pickup who, for reasons unknown but still patently obvious, is picking them off one by one. That’s it, really, although Cuarón’s cinematographer, Damian Garcia, does a downright painterly job of portraying the high desert as a place of both indifferent death and otherworldly vistas. That’s not surprising – Cuarón’s last feature film gig was penning the breathless outer space epic Gravity for his brother Alfonso, who directed – but here the story is very much pulled back down to Earth. Too much so, if truth be known; it’s a short, sharp shock that never generates enough emotion toward anyone onscreen to make it the thriller it tries mightily to be. 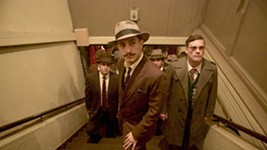 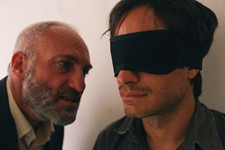 Rosewater
Jon Stewart makes his directing debut with this story about a journalist's imprisonment in Tehran.