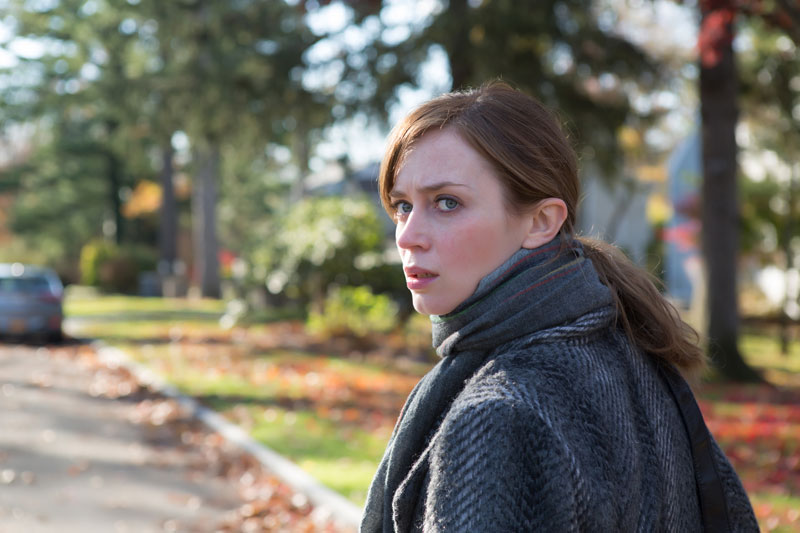 The Girl on the Train

Gone girls are very big business. Certainly Paula Hawkins’ bestseller The Girl on the Train benefited from the tailwind of Gillian Flynn’s Gone Girl, with their overlapping interests in missing women, unfaithful men, and unreliable narrators. But well-drawn characters are essential in making that leap from book to screen profitable, and screenwriter Erin Cressida Wilson (Secretary) translates this knockoff with about the same specificity of the title: The Girl on the Train is joined by the Dude With Anger Issues, the Therapist With Boundary Problems, the Wife With a Wandering Eye, and so on.

Emily Blunt plays Rachel, a sad alcoholic who torments herself by riding the commuter train every day past the house she used to share with ex-husband Tom (Theroux). From her window seat, she watches Tom with his new wife Anna (Ferguson), frolicking in the yard with their new baby, and also the idyllic-seeming couple two doors down, Scott (Evans) and Megan (Bennett). But when Megan goes missing the same night that Rachel is seen trolling her old neighborhood, drunk as a skunk (she wakes bloodied and bewildered, all memories lost to a blackout), Rachel becomes a suspect in the case.

Jumping between time frames and the perspectives of the three women, they’re linked by their preoccupation with babies – Megan doesn’t want one; Rachel can’t have one; and Anna, the former mistress made wife, is feeling pretty territorial about her own, considering Rachel’s unhealthy fixation on her daughter. But all this baby talk amounts to little more than a red herring in a wan thriller already starved of compelling clues the audience might latch on to.

Director Tate Taylor previously made the spirited The Help and James Brown fever dream Get on Up, both showcases for standout performances. That spiritedness and attentiveness to his actors’ strengths are absent here. Blunt ably embodies an alcoholic – the stumbling walk, the extra millisecond it takes for the addled brain to push words out of the mouth – but the considerable charisma of Blunt and her castmates gets sucked into the same black hole where Rachel’s brain cells go to die. It’s a tedious watch, inferior in every way to David Fincher’s slick, grinningly grim Gone Girl. Any chance for lightning striking twice is going, going, gone. 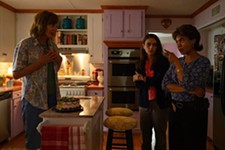