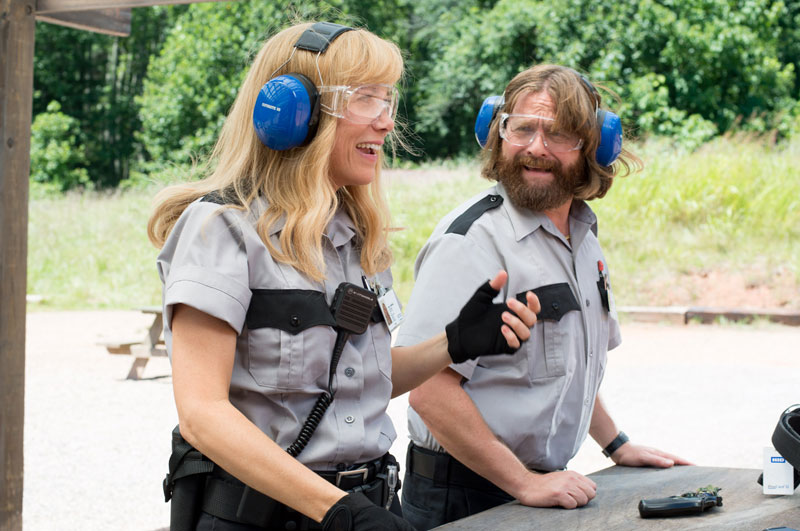 Despite the presence of numerous Saturday Night Live cast members, both old and new, the Not Ready for Prime Time Players can’t bring the fractured heist comedy Masterminds together again. It’s cracked from the get-go. Loosely based on the 1997 robbery of a Loomis Fargo vault by seemingly dim-witted employee David Ghantt (a then-record $17 million payday!), the stranger-than-fiction premise about a romantically besotted buffoon (Galifianakis) who recklessly risks imprisonment to win over the trailer-trash femme fatale (Wiig) enlisting him to commit the crime is pilfered by the film’s sense of scattershot humor. Director Hess exemplified a talent for non sequitur nonsense in the 2004 cult film Napoleon Dynamite, but he’s floundered since then, unable to integrate a similar offbeat perspective into more traditional storylines. (Both Nacho Libre and Don Verdean were painfully unfunny exercises.) In this latest effort, Hess lurches between the occasional laugh-out-loud moment and cricket-chirping stillness, particularly once the movie’s bumbling hillbilly protagonist goes on the lam in Mexico and encounters a hitman sent to kill him, only to later exact revenge on his co-conspirators wearing a white tuxedo and driving a sports car à la James Bond. The movie’s disjointed weirdness begs the question: Was Hess ever in the driver’s seat?

Galifianakis’ cluelessness can tickle, but he’s having a progressively difficult time making things feel fresh. The feeling of been there, done that is beginning to stifle his performances. (And what’s up with the Hee Haw accent that no other character in the film shares?) Yet, how can anyone not laugh at the sight of this stumpy actor waddling through airport security, his backside-bulging pants concealing a buttload of cash beneath a pair of not-so-tightie whities? No question: The man has a gift for making an ass of himself. But the true comedic genius here is the recent Emmy-winning (much deserved!) McKinnon in her scene-stealing turn as Ghantt’s fictional fiancée, the seemingly over-medicated Jandice. Similar to the hysterical co-ed played in the underrated 2014 college intramural football comedy Balls Out, she takes a throwaway character and makes something hilarious out of nothing. Smiling and talking at the same time, Jandice carefully chooses her words as if she’s teetering on the edge of insanity. Her speech pattern has an unnerving rhythm all its own. McKinnon may be the new Madeline Kahn, molding comic creations through the sheer will of her loopy sensibility. Let’s hope she finds her Peter Bogdanovich or Mel Brooks soon. 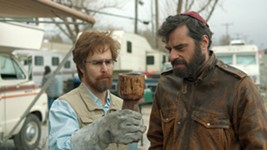 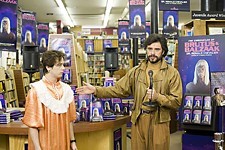 Gentlemen Broncos
With this new film, Jared Hess elicits none of the naive charm or flagrant silliness of his earlier movies, Napoleon Dynamite and Nacho Libre.