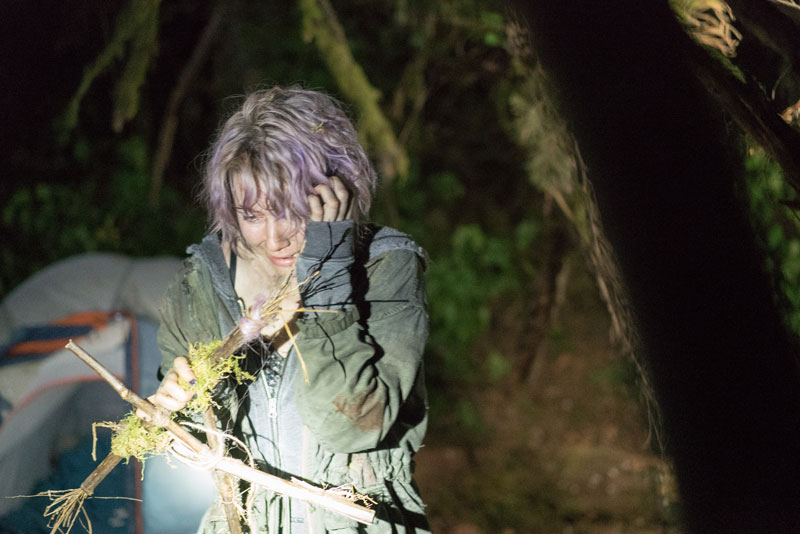 There’s something creaky in the woods, and splintery, booming, and downright ear-splitting. This Witch doesn’t simply whisper in from the forested shadows of Burkittsville, Maryland’s eerie Black Hills, snatching hapless humans. She – or it, or whatever – roars in for the most part unseen, terrifying the bejesus out of the audience with the sort of satanically sadistic sound design not heard since the last time a Norwegian church went down in flames and Mayhem reigned. Don’t bring Kleenex or a hoodie to hide under – bring earplugs. (Wait. Scratch that. Like Kiss or probably Motörhead once said, “If it’s too loud, you’re too old.”) Kudos, then, to sound effects editor Dan Kremer and supervising sound editor Andy Hay.

Director Adam Wingard and writer Simon Barrett’s sequel to 1999’s phenomenally successful found-footage freak-out The Blair Witch Project knows it can’t recapture the magic of the original – that would require deleting the internet, for one thing, since back in the late Nineties, the original was touted as being a real documentary, thus massively upping the disturbathon quotient – but it does its best. A sequel by marketing PR only, it’s actually a remake updated to include some better hand-controlled tech (a drone, ear-cams, walkie talkies) for the characters to use, but that’s really minor stuff. When you cut right down to the bone, it’s the same movie, only much, much louder.

James (McCune), the now-adult brother of long-lost Heather from Eduardo Sánchez and Daniel Myrick’s original, recruits three friends to head back into the Blair Witch’s territory after a mysterious DV tape is uploaded onto YouTube. Friend Lisa (Hernandez) brings along her doc gear – cameras, mics, etc. – and the four head unadvisedly into the woods. They quickly run afoul of those eerie stick symbols, and familiar chaos ensues.

Barrett throws in a number of small but original twists to the continuing “legend” of the Blair Witch, and Wingard, who also penned the film’s terrific, minimal score, does his damnedest to raise goose bumps, but even a team as talented as these two have little to add to what is, when you think about it, this most ancient of campfire stories. It’s a fun and mostly effective ride while it lasts, part Slenderman creepypasta weird and part full-on, nerve-jangling horror, but it’s ultimately, perhaps unavoidably, unsatisfying. 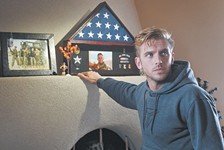 The Guest
With their follow-up to You're Next, filmmakers Adam Wingard and Simon Barrett prove the new kings of indie horror movies.