Not reviewed at press time. In this second installment of Smith's True North trilogy (which began with 2014's Tusk), two teenage girls battle an army of tiny neo-Nazi sausages while trying to get to that all-important senior party. 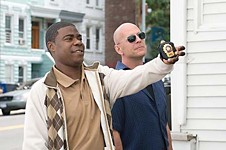