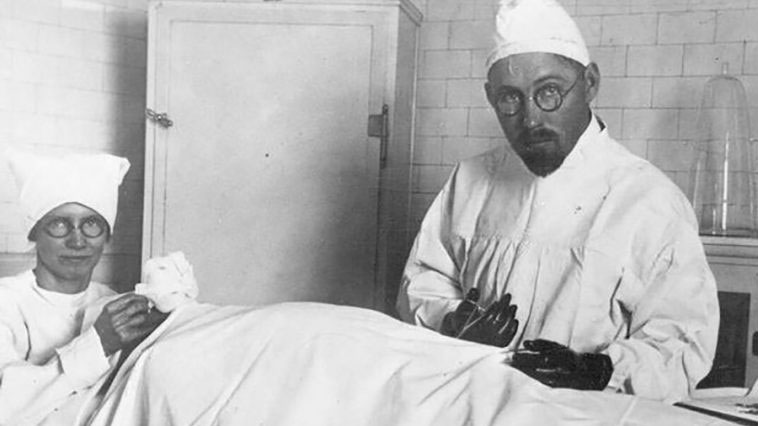 The first sentence spoken by the narrator in the documentary Nuts! is defiantly unequivocal: “This is a film about John Romulus Brinkley, a doctor, amongst other things, a man who succeeded against terrible odds and powerful opposition, a man who changed the world.” So begins this stranger-than-fiction (ahem) account about a controversial maverick who rose to fame and made his fortune in the Twenties by transplanting goat testicles into “sexually weak” men as a cure for impotence and infertility, so they could have kids. Feel free to re-read the last sentence, if necessary. It’s a doozy.

Chronicling Brinkley’s life chapter by chapter of his 1934 authorized biography, The Life of a Man, the film’s David-vs.-Goliath narrative pits the extremely wealthy physician, who built the world’s most powerful radio station to hawk his various miracle cures over the airwaves, against the bogeymen of big government (the FCC’s and FTC’s predecessors) and big medicine (the AMA), ultimately losing both his broadcast and medical licenses due to untrue allegations and unjust reasons. Or so we’re told. As depicted in the book (and by extension, this film), the multimillionaire was a populist hero, a pioneering entrepreneur with an altruistic streak, a self-made man hounded by an establishment jealous of his financial success. But when a muckraker eager to discredit Brinkley published a series of damning articles in 1938, the good doctor retaliated by filing a libel action. (He was obviously unfamiliar with the hubristic fate of the flamboyant Victorian wit Oscar Wilde, who filed a similar lawsuit decades earlier in response to accusations of sodomy.) It’s here this documentary takes an unexpected left turn, abandoning the pages of Clement Wood’s manuscript for a more reliable source of information. It’s a clever, upending strategy on the filmmakers’ part. As every defamation lawyer knows, truth is the best defense.

Director Lane and screenwriter Thom Stylinski take a lighthearted, folksy approach to telling Brinkley’s life story, using fairly unsophisticated animation and twangy vocalizations in the spirit of the man’s carefully created image. True, the myth debunking is a bit of a cheat, but it’s one consistent with the spirit of this sneakily engaging film, a minor-league documentary about a long-forgotten pop-culture oddity. After all, as the ultimate American charlatan P. T. Barnum once observed, there’s a sucker born every minute. Ain’t it the truth, ain’t it the truth. 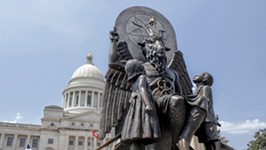