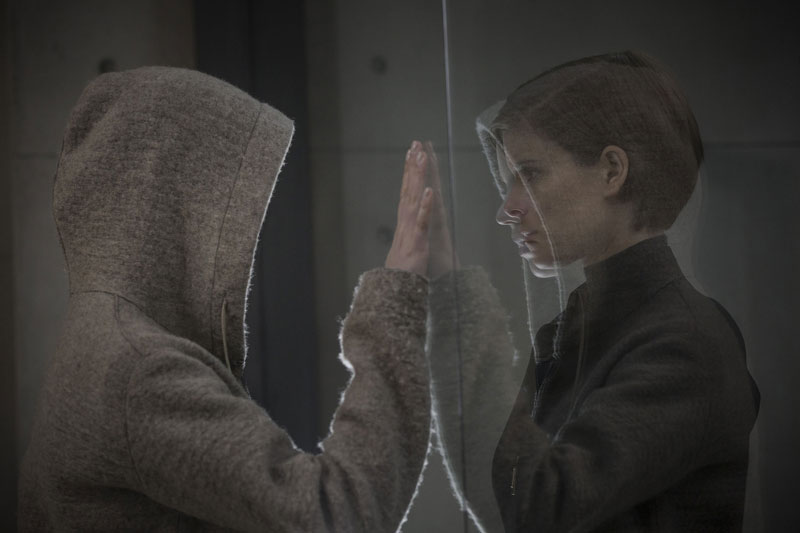 Ever since Dr. Frankenstein jolted his hideous creature to life with a zap of electricity in James Whale’s classic 1931 horror film, the movies have obsessively asked: What does it mean to be human? The answer has proved elusive. Borrowing (some may say, stealing) from Blade Runner and, more recently, Ex Machina, the sci-fi thriller Morgan begins with the all-too-familiar premise of an artificial-intelligence experiment gone wrong. Here, the titular female character (Taylor-Joy, in a dim replication of Alicia Vikander’s exemplary performance as an untethered humanoid in Alex Garland’s beautifully rendered Ex Machina) has inexplicably attacked one of her caregivers (a shamefully wasted Leigh), prompting the corporation funding the AI project to send a risk-management consultant (Mara) to investigate whether to terminate its synthesized asset. From the start, there’s something not quite right about this corporate interloper, who intrudes into Morgan’s insular world with discomforting efficiency. With her implacable expression and impossibly erect posture, Mara is anything but subtle. Maybe her performance seems too familiar, too communicated in advance. Unless you’re one of those literally minded individuals who rarely thinks five minutes ahead, a spoiler alert rings like a bell not long into the movie. Whether you feel smart (don’t!) or cheated as a result of this intuition, it’s a premature ejaculation on the filmmakers’ part, any way you look at it.

The entire plot exists for the sole purpose of the yawning revelation in the film’s last five minutes. (Rue the day The Sixth Sense sprung from the imagination of M. Night Shyamalan.) From the outset, your only point of reference for Morgan’s frame of mind is the brutal eye-gouging she inflicts on a purported loved one in the first few minutes of the film. And yet, the entirety of the movie rests upon the inexplicable devotion and loyalty of her protectors, who seemingly fail to appreciate the irrefutable truth you immediately comprehend about this unhinged monster imitating human emotion. (Giamatti’s insanely confrontational psychoanalyst is unbelievably rendered, derailing the film from any hope of redemption.) At some point, you begin to root for the inevitable killing spree to continue, reducing the number of characters onscreen on a merciful path toward ending the ridiculous narrative. By the end, what it means to be human becomes a rhetorical question, and a stupid one at best. The depressingly relevant inquiry? Whether this insipidly contrived movie could survive a brain transplant. 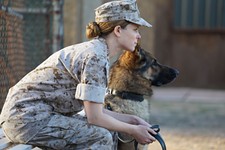 Megan Leavey
A soldier and her PTSD dog