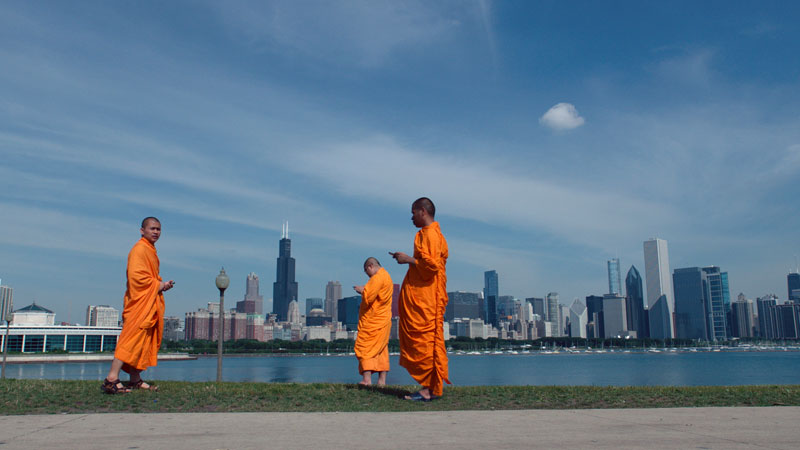 Lo and Behold: Reveries of the Connected World

I wonder how many of us who were born before the internet stop to think much about the seismic shift bifurcating all our lives into before and after. (Gimme a sec while I consult Google for the answer.) In his latest documentary, the ecstatically prolific German filmmaker Werner Herzog does just that: wonder, and wander through our internet age, shifting his weight between awe and dread. As Lo and Behold anecdotally lays it out, in the blink of the eye of human history, this invention has become essential, and in another blink – a solar flare, or cyberwarfare – its failure could trigger a civilization’s collapse.

The subtitle’s “reveries” has such a romantic lilt about it, yet Herzog knows plenty of dreams are bad ones. His chapter-long musings course from the astonishments of technology – soccer-playing robots and self-driving cars, oh my – to its many perils, like addicted gamers neglecting their IRL (ugh) infant to the point of starvation, or cyberbullies sending gruesome crime scene photos to a grieving family. As an organizational device, these chapters (“The Glory of the Net,” “The Dark Side”) don’t really, well, provide a whole lot of organization. It’s all a riff on the loose subject of connectedness, and doesn’t pretend at a complete picture by any means. But this picture is an admirably idiosyncratic one – a sort of free association game giving insight into Herzog’s particular preoccupations. I’m stumped as to why he gave so many minutes over to the guy who has a beef with how we use “cut and paste,” but that doesn’t mean I wasn’t a little bit charmed by these two eggheads in conversation.

Present not only in the places he chooses to point his camera, Herzog – in that precise yet weirdly lulling voice of his – provides the narration as well as chimes in off-camera in asides to interviewees (“The corridors here look repulsive”). If his closing image of a campfire reads a touch obvious, you can’t really argue with his point, or its poetic justice. The invention of the internet is no less a milestone in human achievement than the harnessing of fire – and the world the internet has birthed just may set itself on fire. 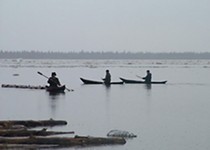 Happy People: A Year in the Taiga
Werner Herzog focuses on Siberian fur trappers in his latest documentary.

Lo and Behold: Reveries of the Connected World, Werner Herzog